They’re the Green Goblin Gang — and the furious mom of one of their victims says the fiends were “complete animals,” randomly attacking her daughter on her birthday.

Newly released video captured the bizarre group of female robbers wearing full-body, neon green leotards as they punched and tossed around two 19-year-old women on a Times Square subway train about 2 a.m. Sunday. The victims were robbed of a cellphone and handbag, cops said.

“She said she was attacked by aliens, and I didn’t know what she was talking about,” the mother of one of the victims told The Post on Monday.

“Yesterday was her birthday,” said the distraught mom, who asked that she and the victims remain anonymous out of fear of retaliation. “This is how she spent her 19th birthday. I hope they get what they deserve and then some because it’s disgusting.”

The video posted on social media shows about six females dressed in green tossing around one of the teenagers and punching the other repeatedly in the face. Some of the attackers are also wearing hoods with face masks. They are still in the wind.

The mother said her daughter and a friend at first “were on the platform going home.

“They were just literally standing to get on the train. These wretched grown women came down the stairs being all loud. They went to get into the train, and one of them bumped [the friend],” the mom said 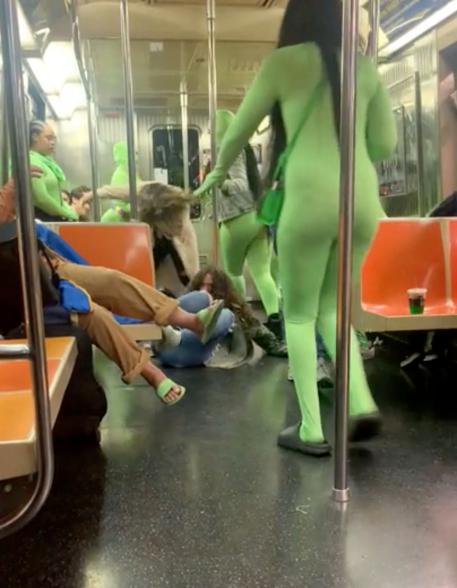 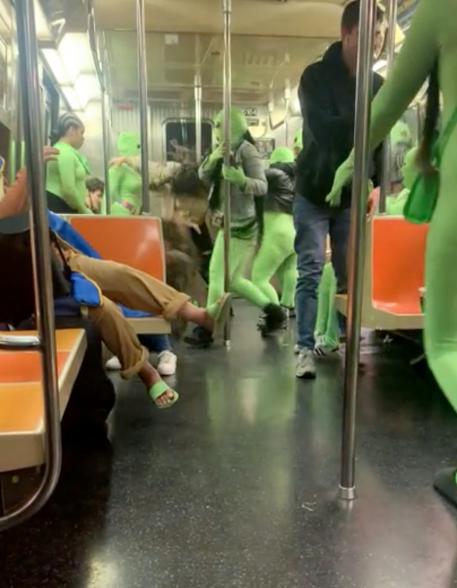 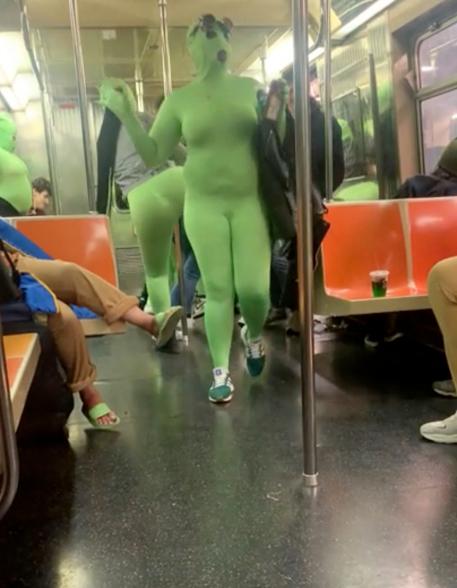 “My daughter was like, ‘Come on’ [to her friend], and they got on the other car. Then the women came on their car through the door between the cars. They attacked my daughter.

“There was a woman with red curly hair, and she was helping [the teen]. And there was a man who took his sweatshirt off and helped the girls. He got hit. My daughter, she had like five of the girls on her at one time. [She and her friend] were both punched in the face.”

The mom raged that there were other riders who just stood by watching — and recording — the attack.

“All these men sitting there taking videos and watching, and none of them helped while a group of 10 women were beating two young girls,” she said.

The mom suggested that the state’s lax bail-reform laws, which have been blasted for creating a revolving-door justice system, jeopardize law-abiding citizens’ safety.

She said she had a message for Gov. Kathy Hochul and state lawmakers, accusing them of “making these ridiculous laws and letting savages walk the streets with nothing but a slap on the wrist.

“Watch the videos of these two girls getting beaten by a gang of grown women, and imagine it was your daughter, granddaughter, sister, mother or friend. Put yourself in that situation,” she said.

“Animals belong behind bars,” she fumed. “Make an example of them.

“What happened to the New York City we all loved? Start fixing it now!”

She said her family is full of cops, including the mom’s parents, who are both former police officers in New Jersey. The mom’s brother is an active Jersey cop, as is her brother-in-law, too, she said.

“I think it’s absolutely disgusting — I think people need to be held accountable for their actions and there should be no such thing as this bail-reform nonsense,” the woman said. 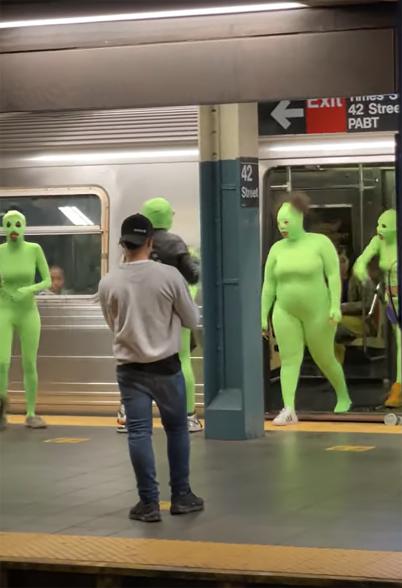 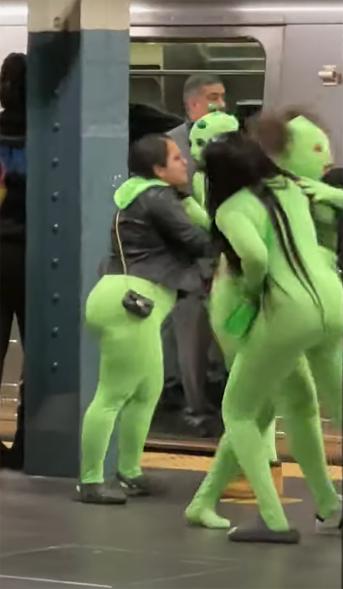 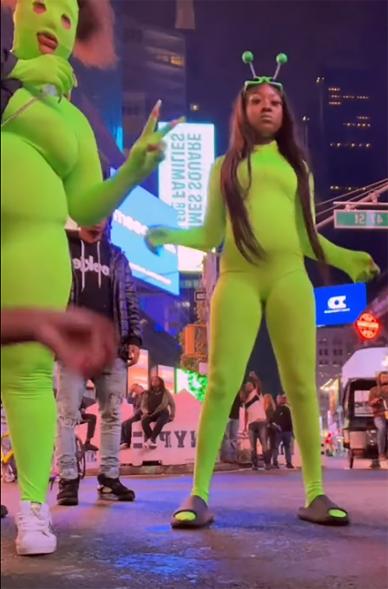 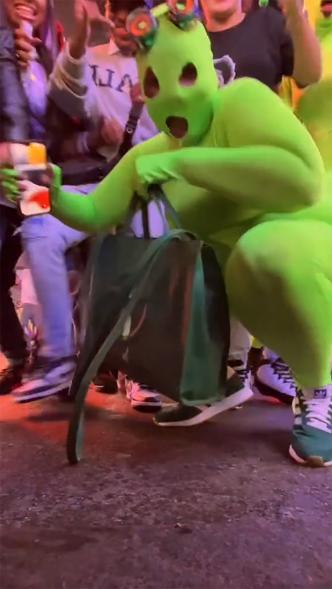 The mom said her daughter is a business and international business major at a college in Florida and was back home visiting the family in Queens over the weekend when she was attacked.

“She was home from college. Now she’s getting chest X-rays and CAT scans,” the mother said. “She was supposed to be back in school this morning, but [not now] because of her injuries from being stomped in the head by 10 grown ass women.”

“When she breathes, it hurts. In one video, you can see the one girl kicked her and got her foot caught in my daughter’s purse strap. My daughter is tiny. She’s 5-foot-4. That one beast.

“My daughter, thank goodness, has no marks on her face. One of them had a knife strapped to their leg. Thank got nothing else happened. [The daughter] has bruises on both of her arms and legs. One of them bit her shoulder. She has a bite mark through her clothes.”

The other teenage victim’s mom added to The Post that her daughter “was vomiting last night from the concussion, and we’re waiting to get a CAT scan of her head.

“There was a group of grown women who brutally attacked and robbed two young girls,” said the woman, who also spoke on condition of anonymity. “There were zero words exchanged. They literally attacked them and then kept coming over and over and over again