A General Manager of a company has revealed the question he got from his administrative officer when he fixed a meeting for 6:30am.

He explained that after the meeting, the administrative officer approached him and asked if his wife is giving him issues at home.

He said the question made him curious and the admin officer told him that no happily married man sets a meeting that early. 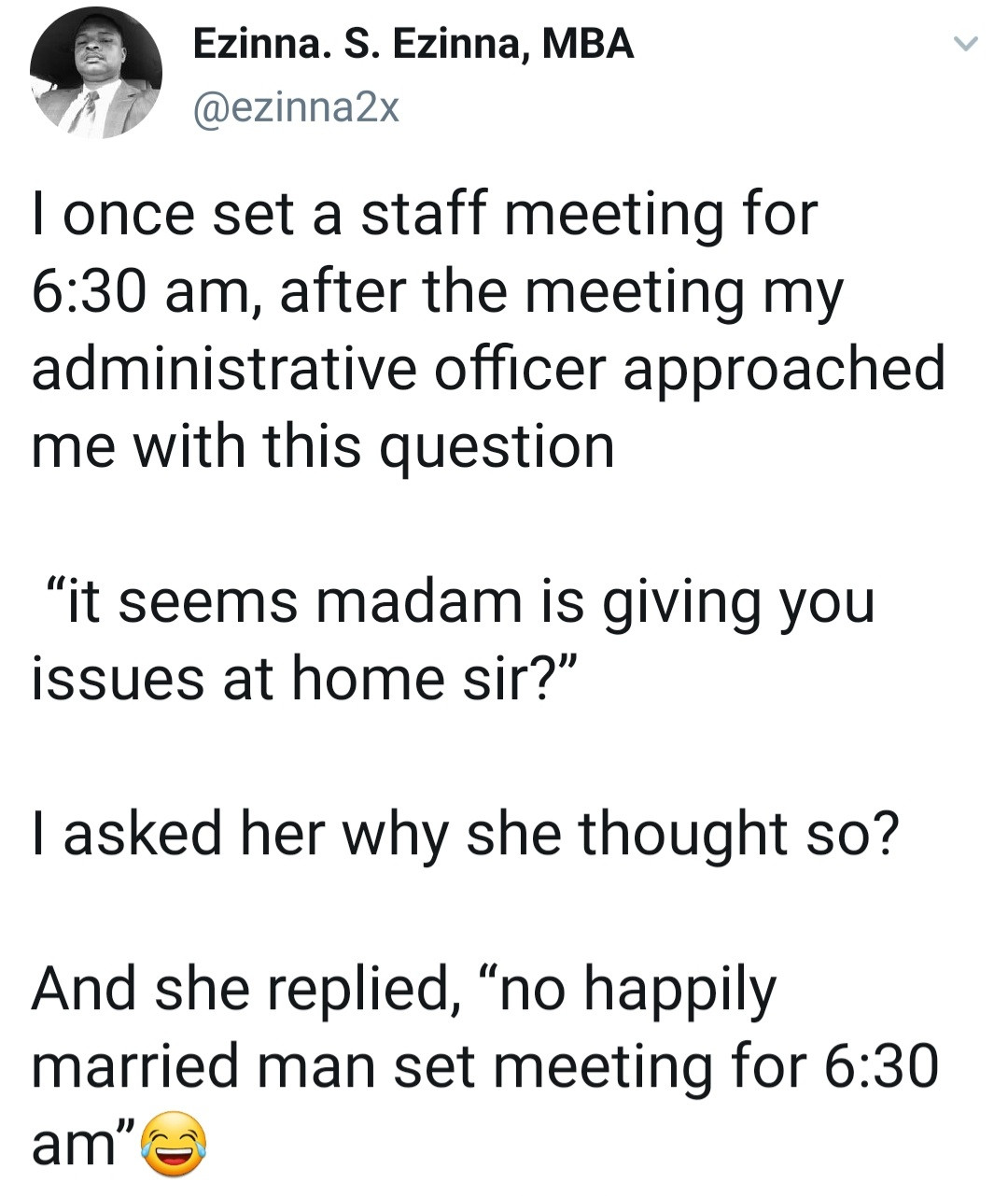