A baby girl believed to be about three months old has been found abandoned in KwaZulu Natal Province, South Africa, along with a note written by the mother.

According to a statement released by Reaction Unit South Africa (RUSA) on Monday, October 3, 2022, the baby was discovered by a man who was picking mangoes at the base of an embankment next to a stream in Dawncrest.

A bag containing nappies, a bottle of milk a pacifier, was found lying next to the baby. The note said that she made contact with social workers twice with no luck.

The mother also stated that abortion was not an option as it is no longer safe and hospitals have strict rules.

She further requested that authorities be notified when the baby is located.

“Hi, you might be wondering why I dumped my baby, don’t wonder, just help her if you can or call authorities but don’t judge me. I have spoken twice with social workers. They are delaying to assist. I know this looks bad but I had no option. The system is fragile and we can’t even abort safely anymore. Hospitals have strict rules.” the note read.

On arrival, Reaction Officers were pointed out the location of the discovery and handed over the child and the bag.

A female Officer and Medics were called to the scene and the child’s soaked diaper was changed.

The baby girl was then fed with a bottle of milk. Medics examined the infant aged approx three (3) months and found her to be in good health.

A criminal case of Child Abandonment will be registered & Reaction Officers will be seeking assistance to identify the child or mother. 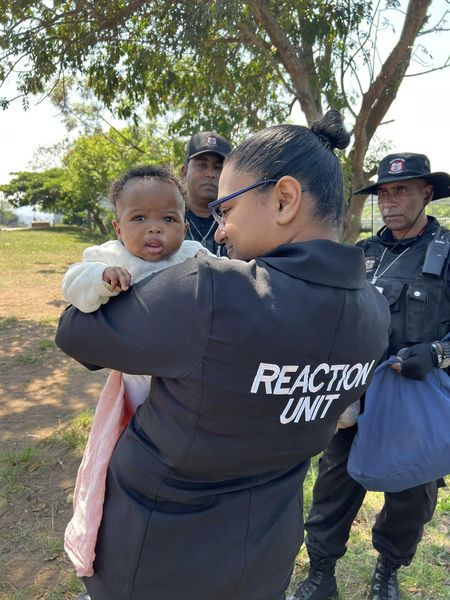 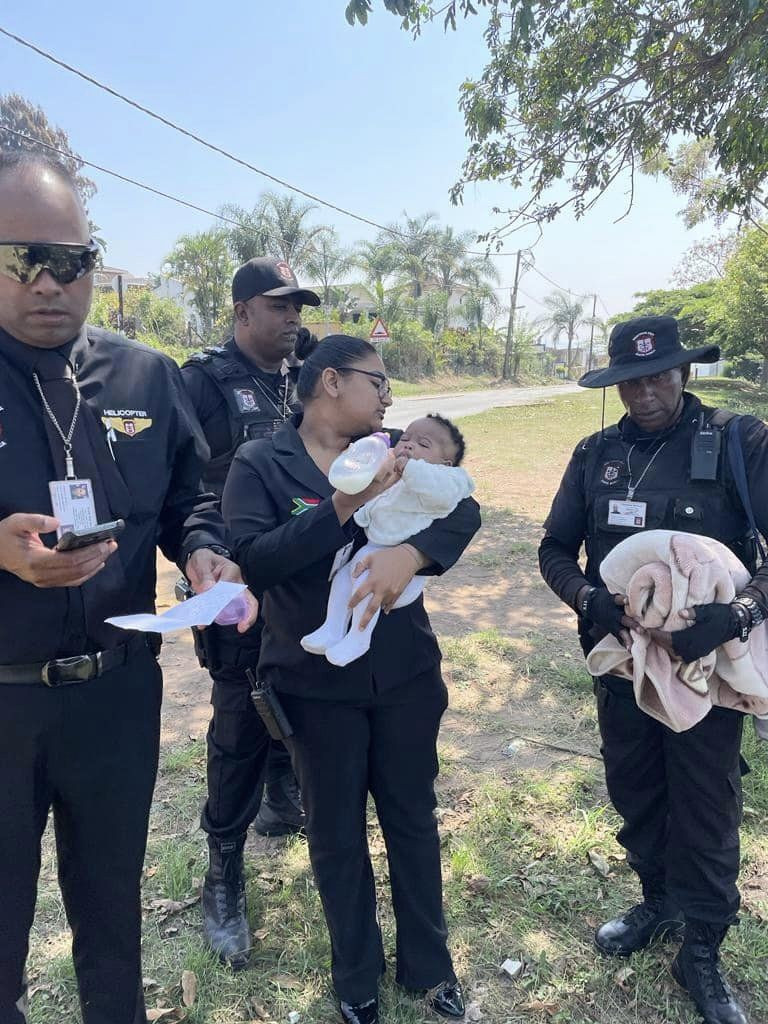 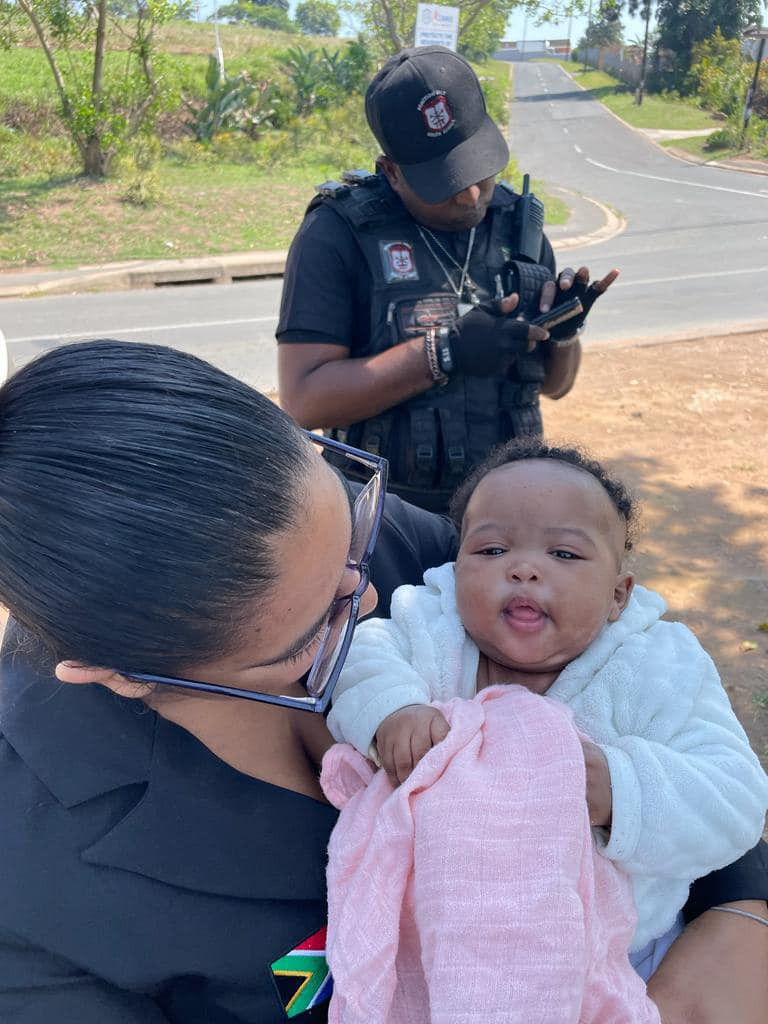 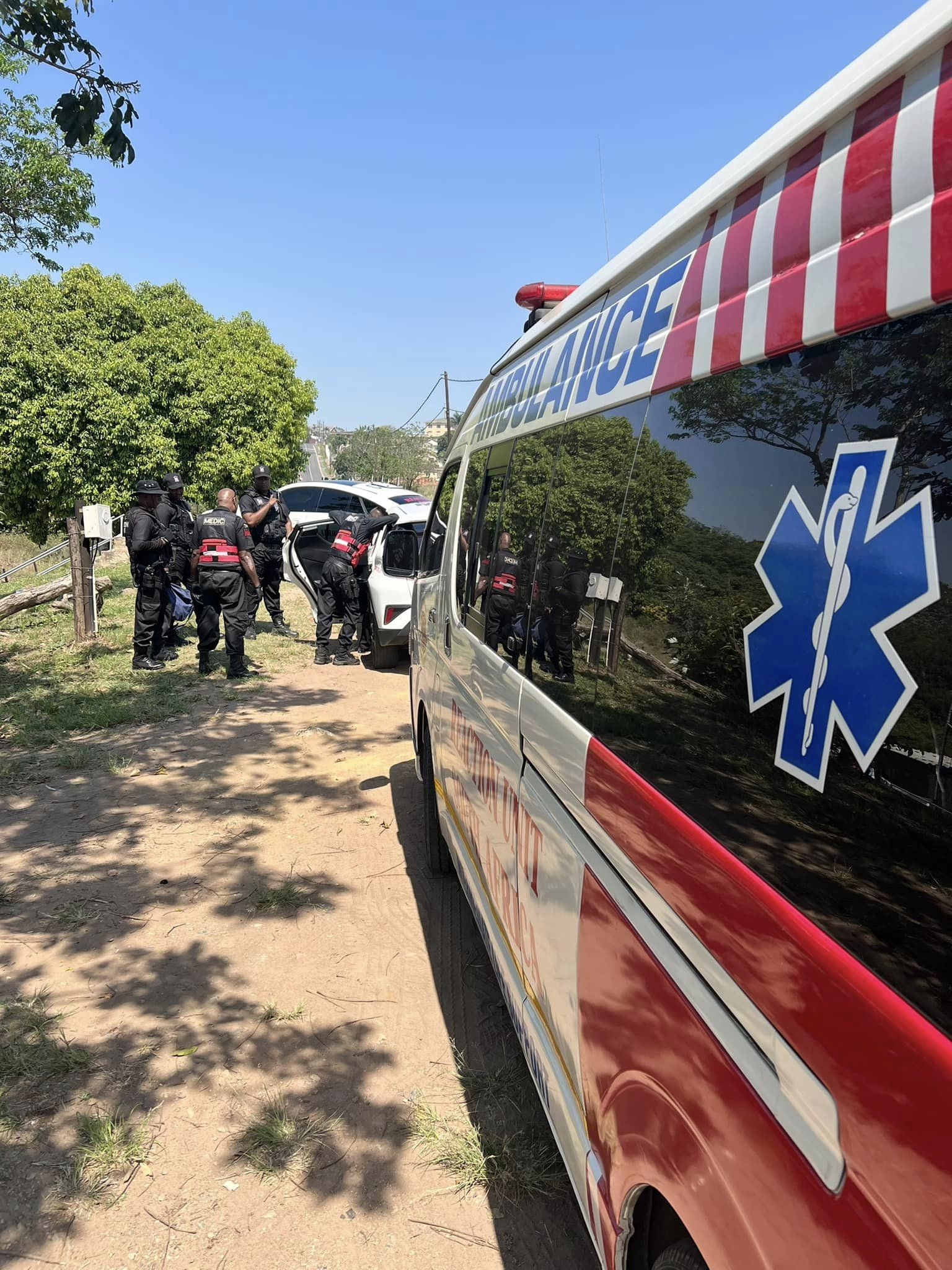 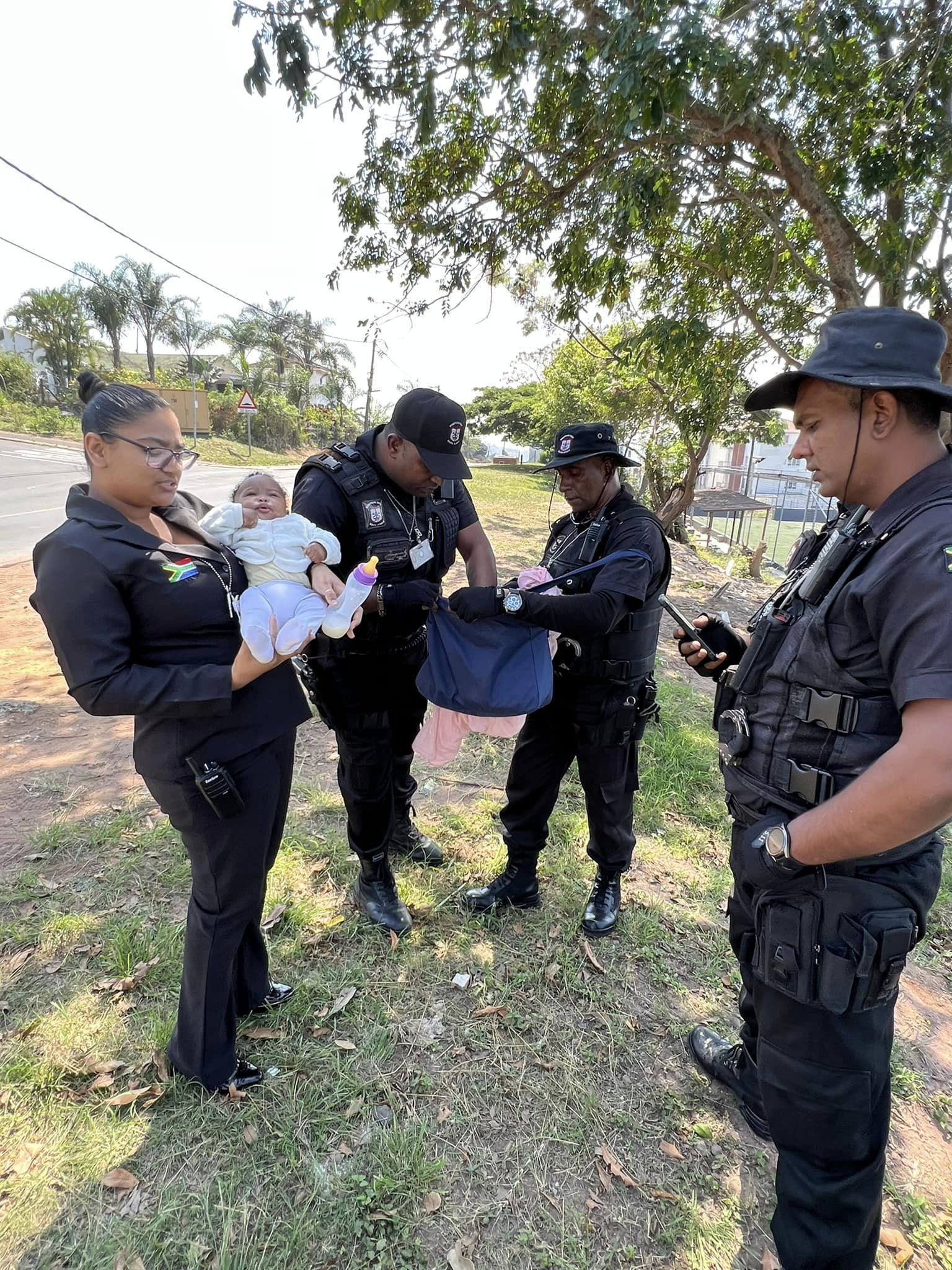 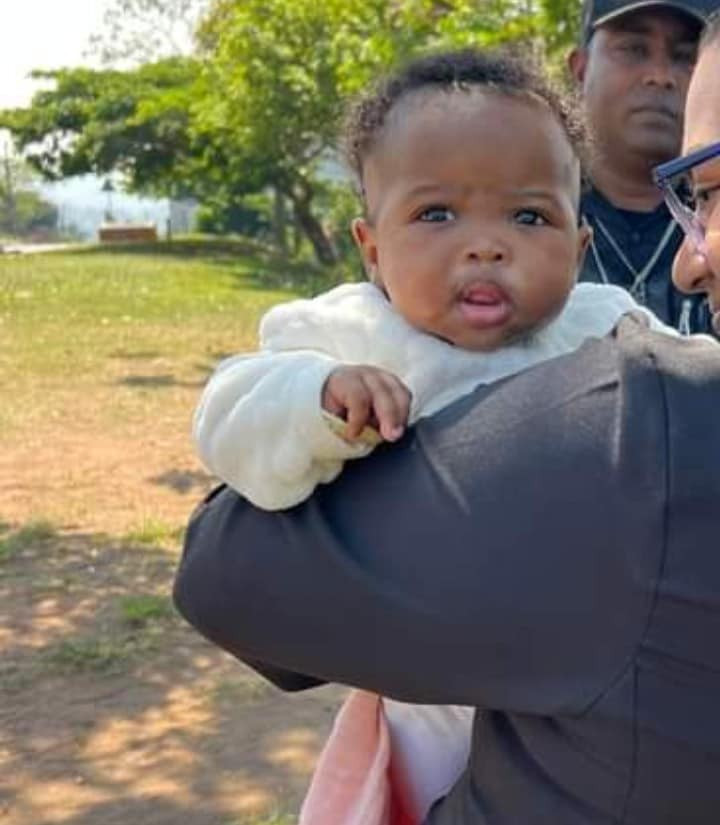 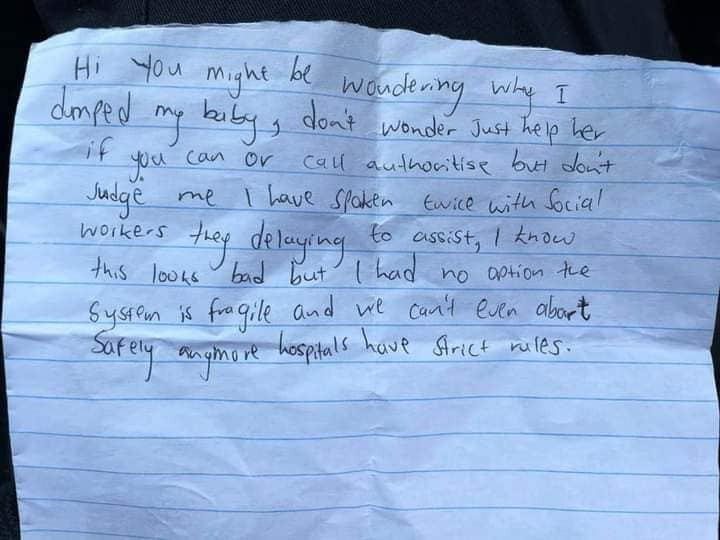 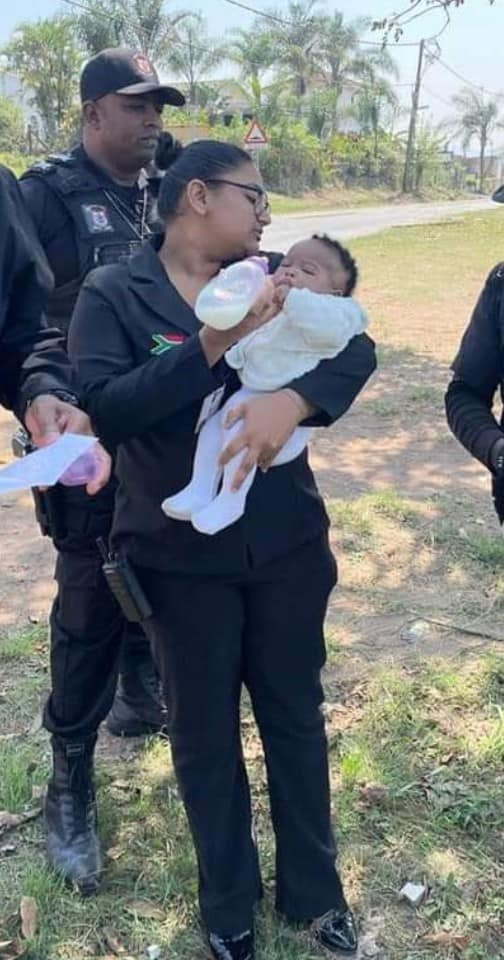 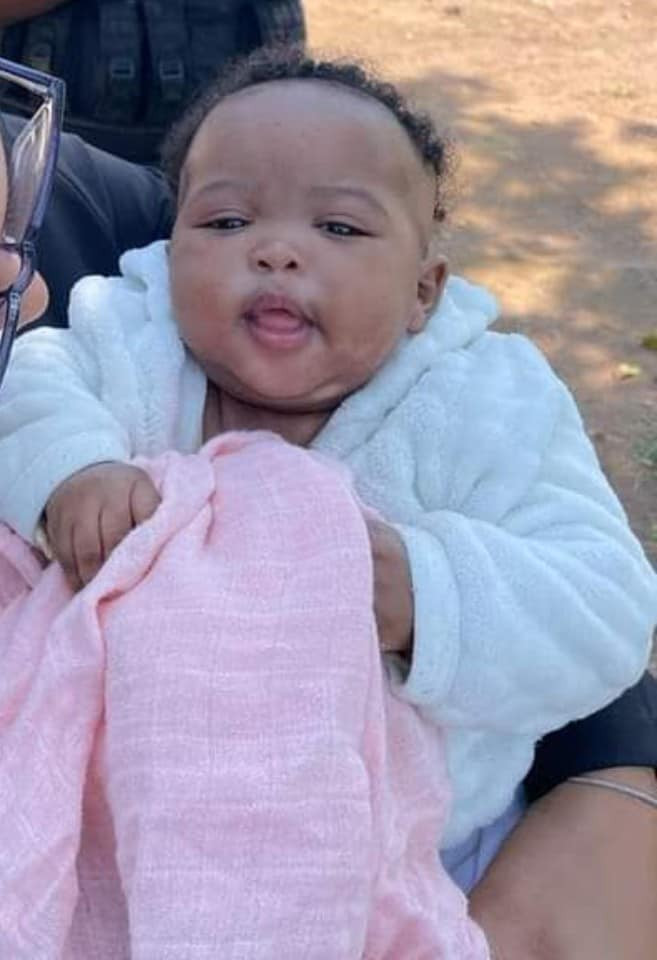 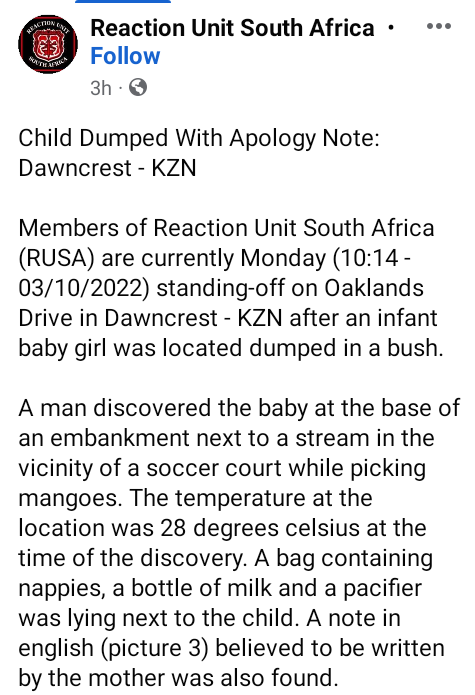 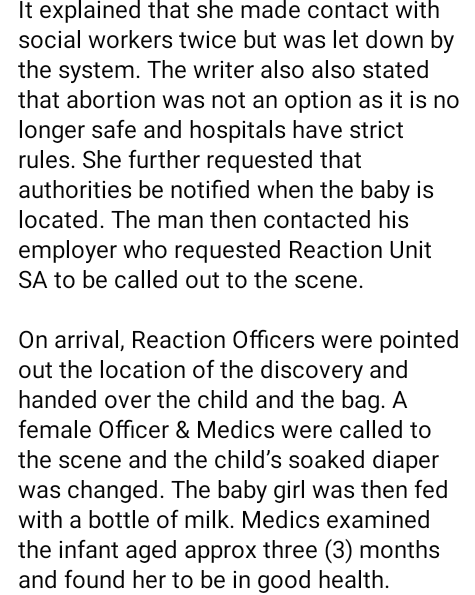 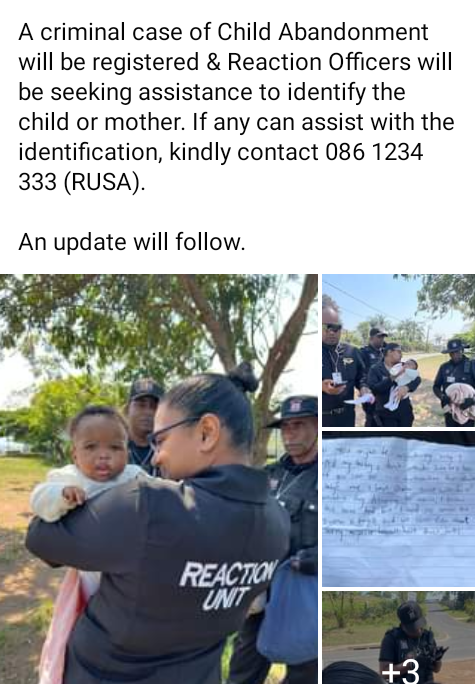