Barely two hours since the premiere of BBNaija season  6, a housemate identified as Yerins is called out for absconding with a loan.

The ‘Shine Your Eyes’ edition of the Big Brother Naija reality show has one of its housemates pointed out as a loan defaulter barely two hours the show kickstarted.

According to a Twitter user identified as Amina Mohammed with username @Miss_Amenah, Yerins refused to pay back the loan he collected one year ago.

“This Yerins guy borrowed money from my friend and has refused to pay for the past 1 year, uncle don carry am go BBN,” she wrote. 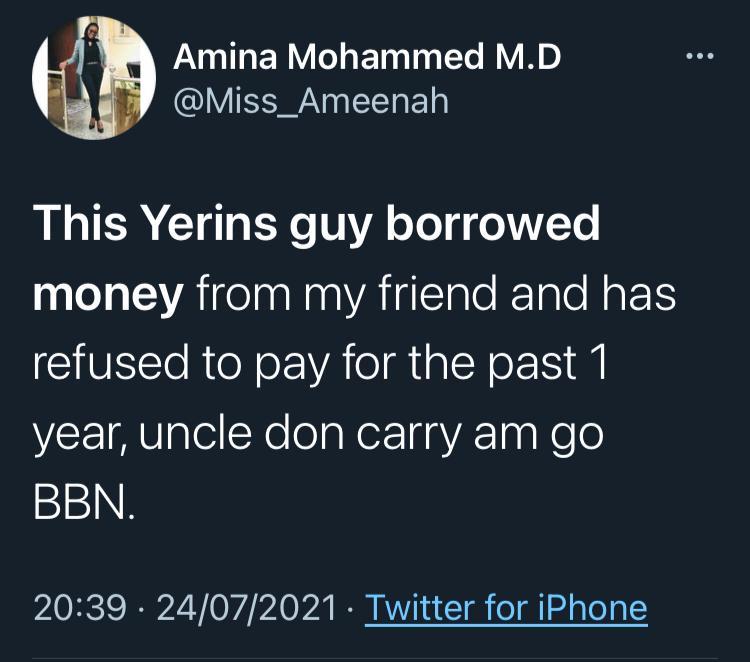 This unexpected allegation triggered humorous reactions from fans of the show who wondered how the housemate is in trouble already even before the show got on its feet.