A mother took to Twitter to reveal that a boy who has a crush on her daughter gave his prescription glasses that he can’t see without, to her.

She tweeted: “One of y’all son’s has a crush on my daughter and gave her his glasses today. His prescription glasses that he cannot see without. Just like a boy doing anything to impress a girl. Giving up the gift of sight is crazy.”

She added that when she told her daughter that they have to return the glasses because the boy can’t see without it, the girl told her, “well he saw what he was doing when he gave them to me.”

The mother went on to share adorable videos of her daughter flaunting the glasses she got from her crush. 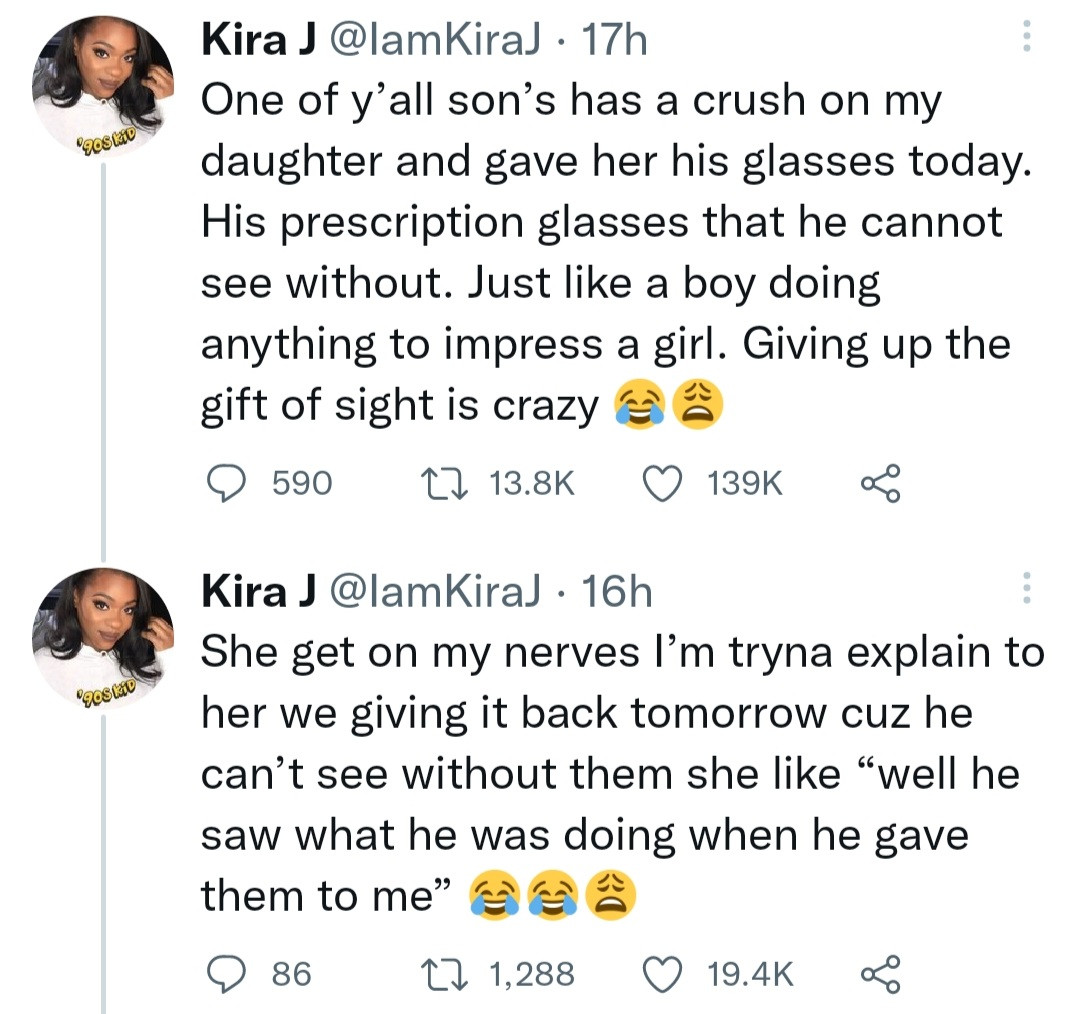 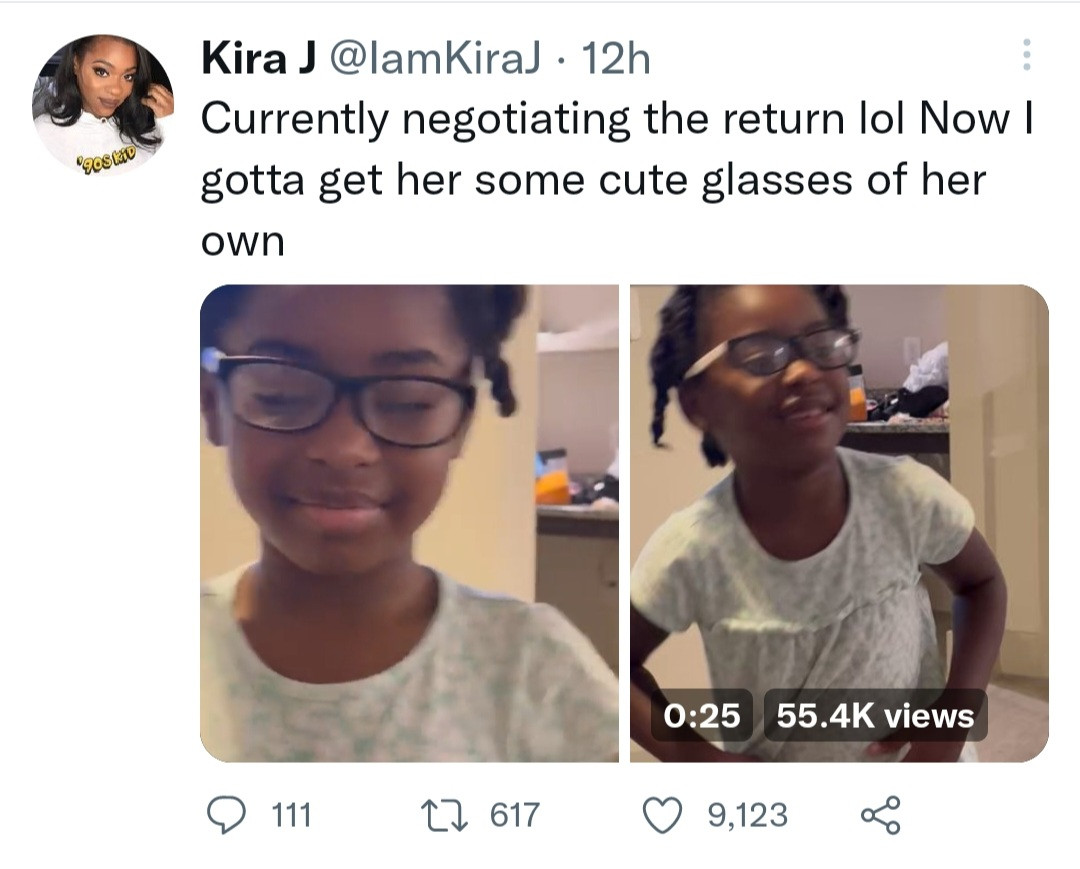