He achieved this feat in Portugal vs Ireland’s FIFA World Cup qualifiers on Wednesday, September 1, where he scored two goals for his country.

His Guinness world record of the highest number of goals by an international footballer was achieved within the time frame of 2003 and 2021.

As Ronaldo posed with the certificate, he expressed his gratitude for being honoured as the world record breaker in international football.

”Thank you to the Guiness World Records. Always good to be recognized as a world record breaker. Let’s keep trying to set the numbers even higher” he wrote on Instagram 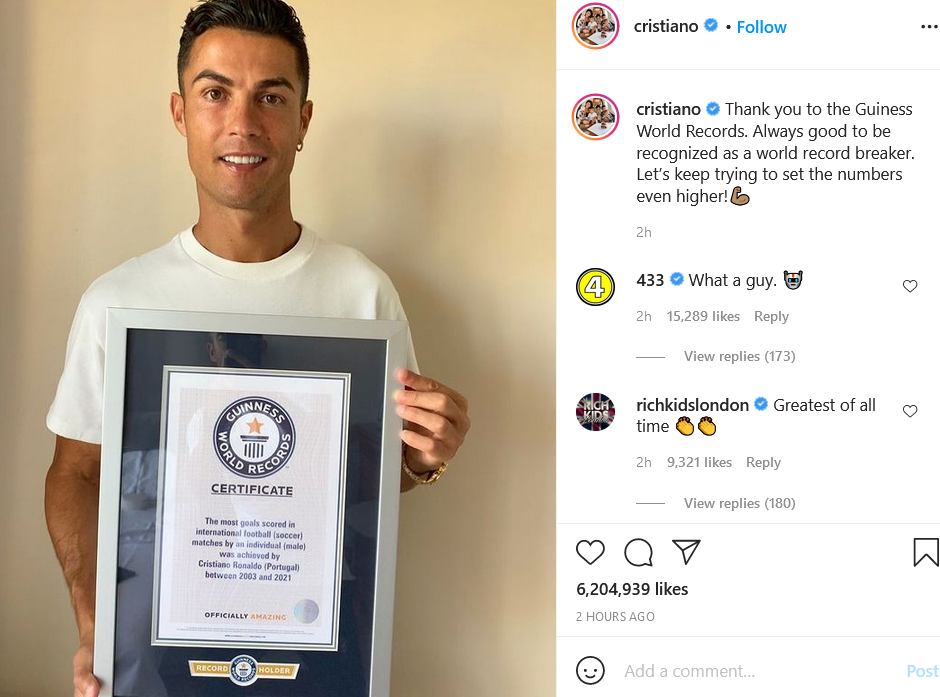