A mum has revealed how her family was kicked off a transatlantic flight about to take off from Heathrow airport, London because her two-year-old son was not wearing a mask.

Angela Artis, 31, and her husband, Darien, were travelling home to Charlotte in the US on a connecting flight from Greece when a flight attendant asked that the baby wear  a mask.

The family had boarded American Airlines flight 733 on Sunday, October 17 after renewing their wedding vows in Santorini, Greece. 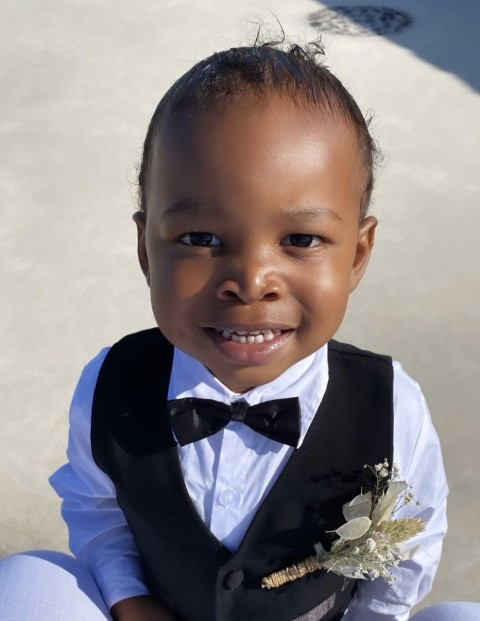 They had travelled from Charlotte in North Carolina via Boston and London with American Airlines and British Airways on the outbound journey without baby Mason wearing a mask.

But both parents were fully vaccinated.

Mrs Artis told Metro.co.uk: ‘To start with a couple of the flight attendants were lovely, they were super-nice giving my son a hug and a lollipop, they even tried to give him a peck on the cheek through their masks.

‘But about 25 minutes before the flight was due to take off another attendant came over and pointed a finger at my baby. 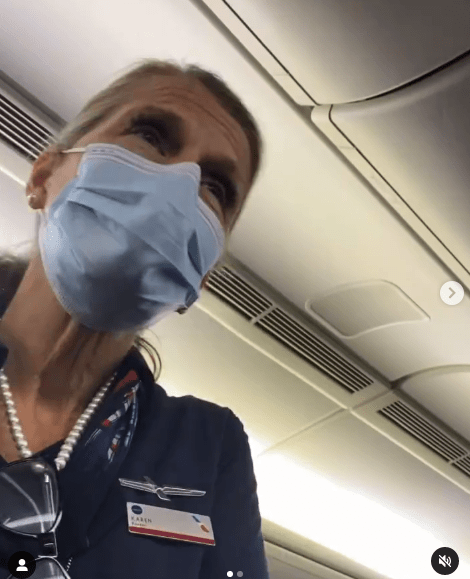 ‘My heart dropped. We had no idea it was a strict policy because we had travelled that entire way without my son wearing a mask.

‘We were told two-year-olds and up have to wear a mask. But what we have been told by so many different flight attendants is that you can’t feasibly keep a mask on a two-year-old for more than five minutes.

‘We had tried to put it on him for the first few minutes but he just couldn’t keep it on, it’s difficult for a baby to even physically breathe with a mask on.’

Mr Artis started video recording the episode as his wife tried to reason with the steward, who she says pushed the phone while it was in his hand.

Mrs Artis said: ‘I was shocked. Everyone was wondering why she was doing this over a baby. There was another baby in the front who was not wearing a mask and I don’t know why we were singled out.

‘We had flown the entire way with no one saying anything.’

Mrs Artis, said she tried to reason with the attendant but the plane then rode back to the terminal.

Mrs Artis was in tears as the parents complained to an American Airlines representative in the airport.

‘He basically agreed with us,’ Mrs Artis said.

‘He said they shouldn’t have turned the plane around for a two-year-old baby. He was shocked when he saw the video.’

In accordance with directives from the US Centers for Disease Control and Prevention and the Transportation Security Administration, American Airlines requires passengers aged two and older to wear face coverings at all times while indoors at airports and onboard.

In a statement, the airline said: ‘On Oct. 17, American Airlines flight 733 returned to the gate prior to departure from London Heathrow to deplane a party failing to comply with the face mask requirement.

‘After agreeing to comply with the face mask requirement, all individuals were rebooked for travel on the next flight to Charlotte the following day.

‘We are reviewing this incident and a member of our team has reached out to the customers to learn more about what took place.’