The first major city in Ukraine has fallen to the Russian army, the mayor confirmed on Wednesday night, March 2. urging his residents on Facebook to obey ‘armed people who came to the city’s administration’.

The city of Kherson, home to 290,000 people, is 300 miles south of Kyiv. Kyiv was also coming under attack in the early hours of Thursday March 3, according to multiple reports, with a bright explosion seen booming across the city around 2am. 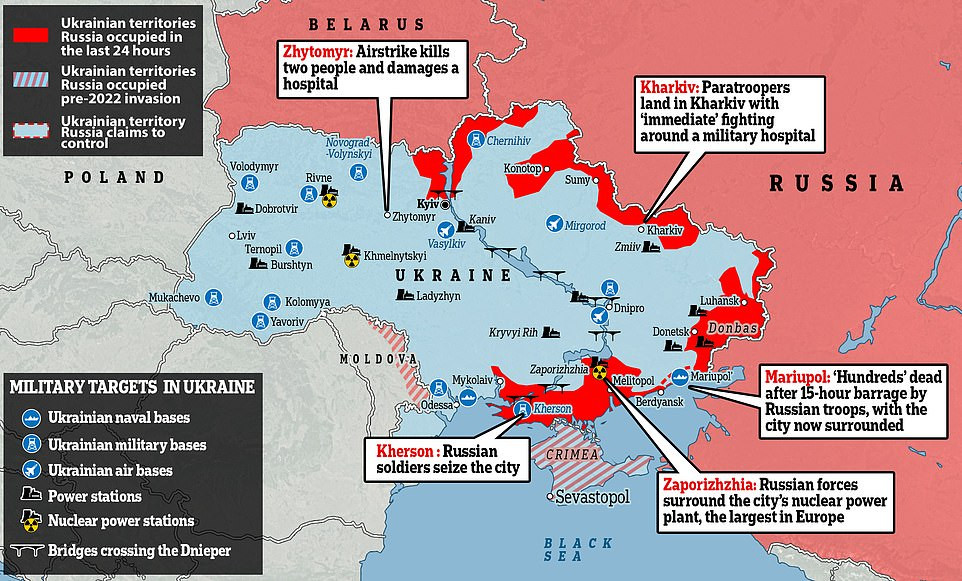 The port city of Odessa, 125 miles west of Kherson, is also ready for an attack after Vladimir Putin’s warships were seen leaving Crimea on Wednesday night.

U.S. officials believe Odessa could be attacked as soon as Thursday with an amphibious unit set to land on the sea port. 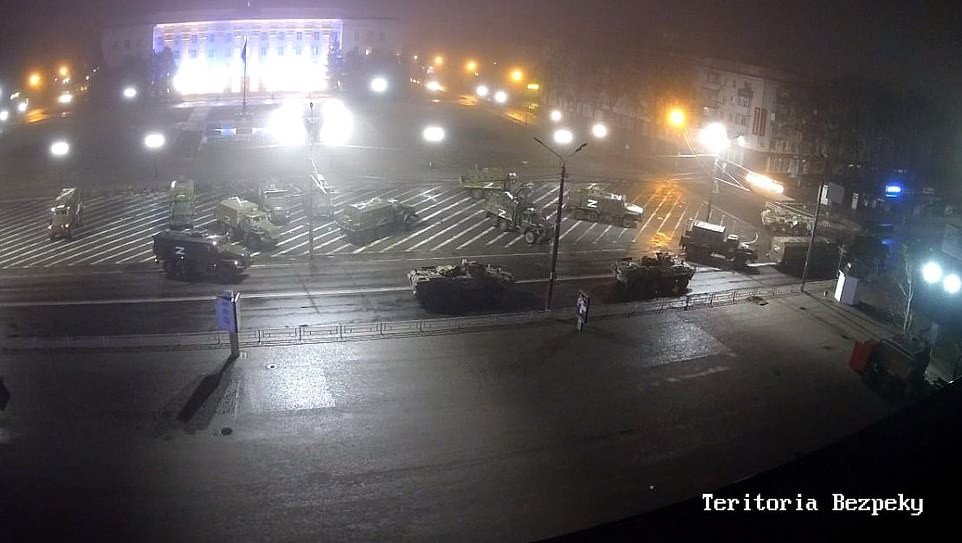 Kherson mayor,  Kolykhaiev said Russian soldiers were in the city and came to the city administration building.

He said he asked them not to shoot civilians and to allow crews to gather up the bodies from the streets.

‘I simply asked them not to shoot at people,’ he said in a statement.

‘We don’t have any Ukrainian forces in the city, only civilians and people here who want to LIVE.’

Kolykhaiev said he never imagined he would end up dealing with a war.

‘Everything that is happening now in our city is politics that I hate,’ he wrote.

‘I came to office to renew infrastructure, invest in Kherson, build houses, roads, parks and a new life for my hometown.

‘Now, I’m looking for special packages for those killed.’ 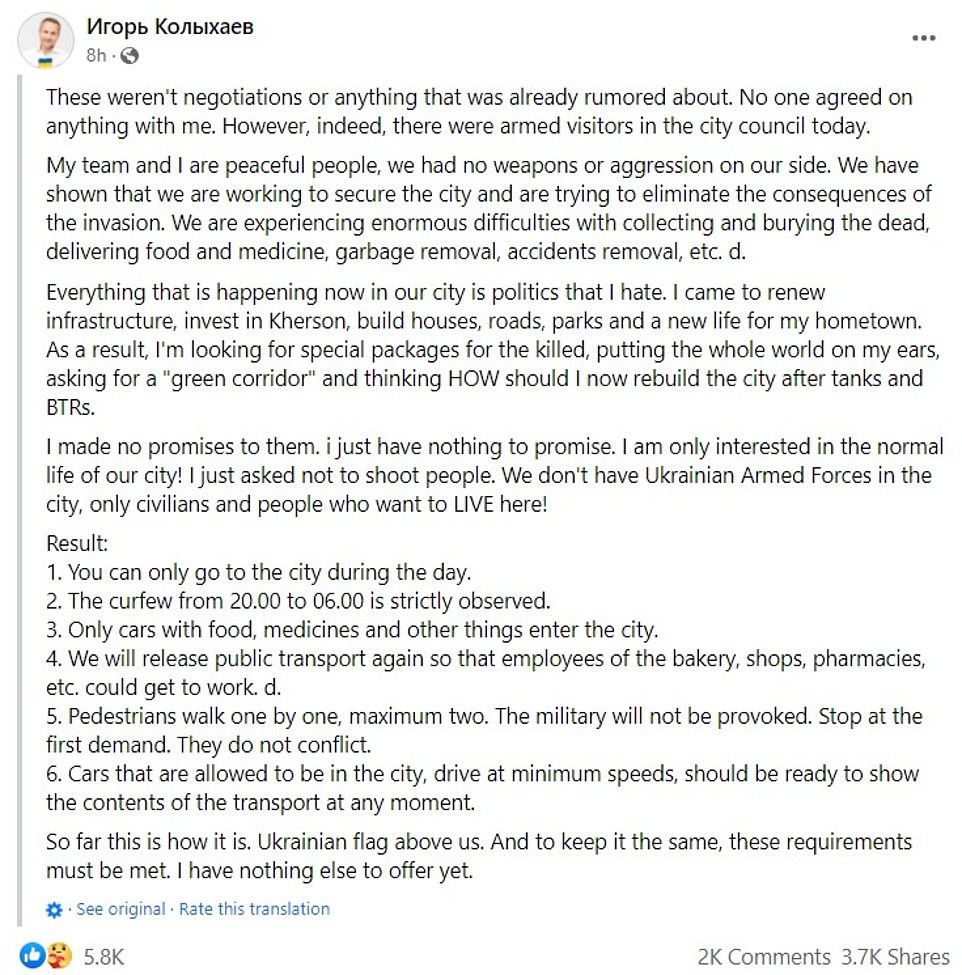 Kherson, like Odessa, is strategically important – sitting on an inlet of the Black Sea, 260 miles west of the separatist enclave of Donetsk.

Reacting to the development, Volodymyr Zelensky, the Ukrainian president, issued a video address to the nation in the early hours of Thursday, giving an upbeat assessment of the war.

”We are a people who in a week have destroyed the plans of the enemy,’ he said, in the clip posted on social media.

‘If they went somewhere, then only temporarily. We’ll drive them out,’ he said.

He said the fighting is taking a toll on the morale of Russian soldiers, who ‘go into grocery stores and try to find something to eat.”

Some claimed that the Russians who were captured were found with rations on them which had expired in 2015.

Western officials have reportedly said they believe some of the young Russian troops do not want to fight and are sabotaging their vehicles, puncturing the gas tanks.

‘These are not warriors of a superpower,’ said Zelensky. ‘These are confused children who have been used.’

Zelensky said the Russian death toll has reached about 9,000.

‘Ukraine doesn’t want to be covered in bodies of soldiers,’ he said. ‘Go home.’