Four members of a Muslim family were killed on Sunday, June 6 and a nine-year-old boy left fighting for his life after a 20-year-old man plowed his pickup truck into them due to their Muslim faith.

The family who had immigrated from Pakistan 14 years ago, were attacked in London, Ontario, Candad – a city of 500,000 with a Muslim population of around 30,000.

The driver, Nathaniel Veltman, chose his victims at random and targeted them because of their faith, police said – ramming his black pickup into the family as they went on an evening stroll.

He was arrested immediately after and now faces four counts of first-degree murder.

A councilor in Brampton, Ontario, Gurpreet Singh Dhillon, tweeted: ‘My prayers are with the City of London, Ontario following the heinous hate crime that took place against an innocent Muslim family. I stand in solidarity with our Muslim brothers and sisters across Canada who are mourning this loss. #Islamophobia & hate have no place here.’ 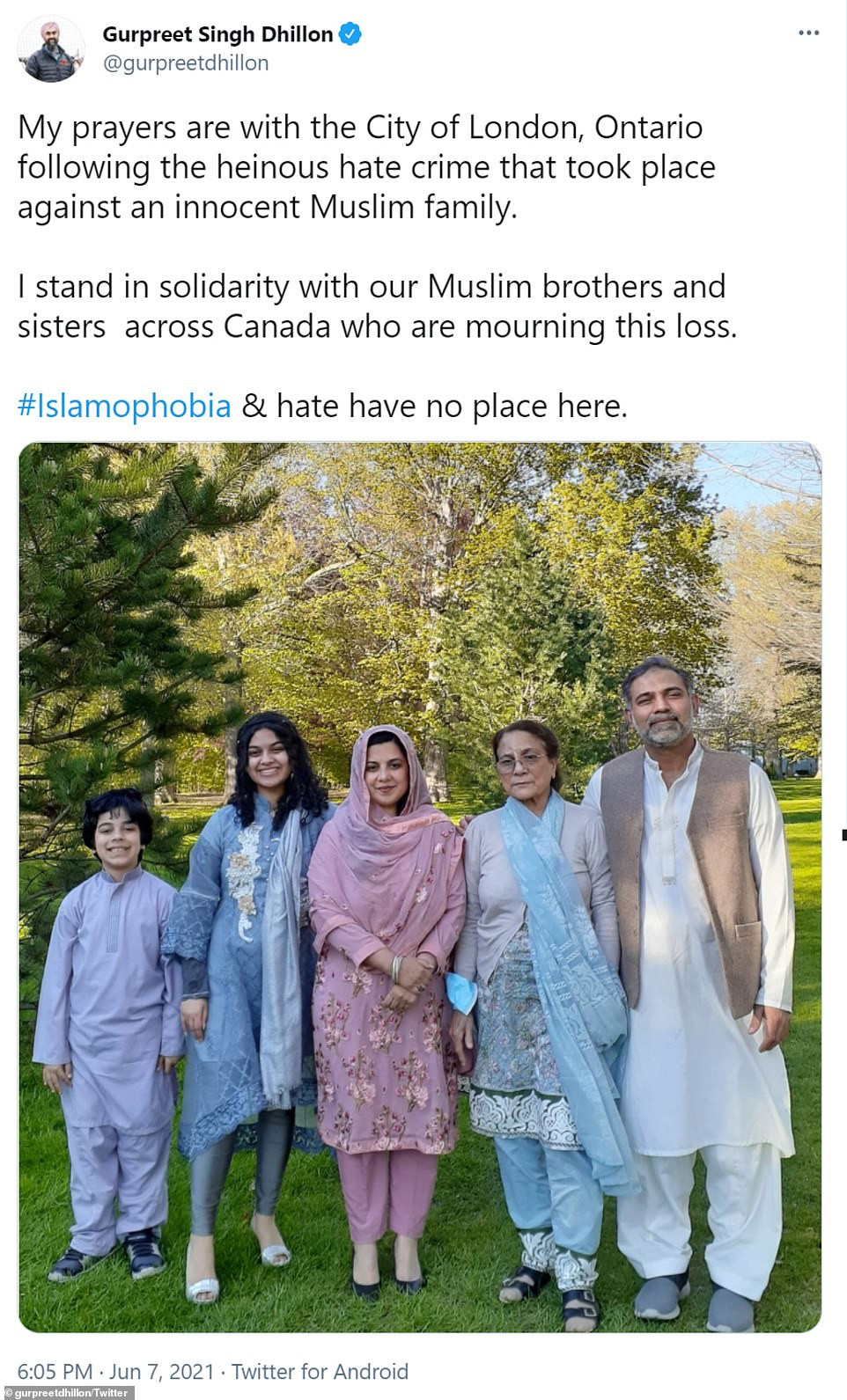 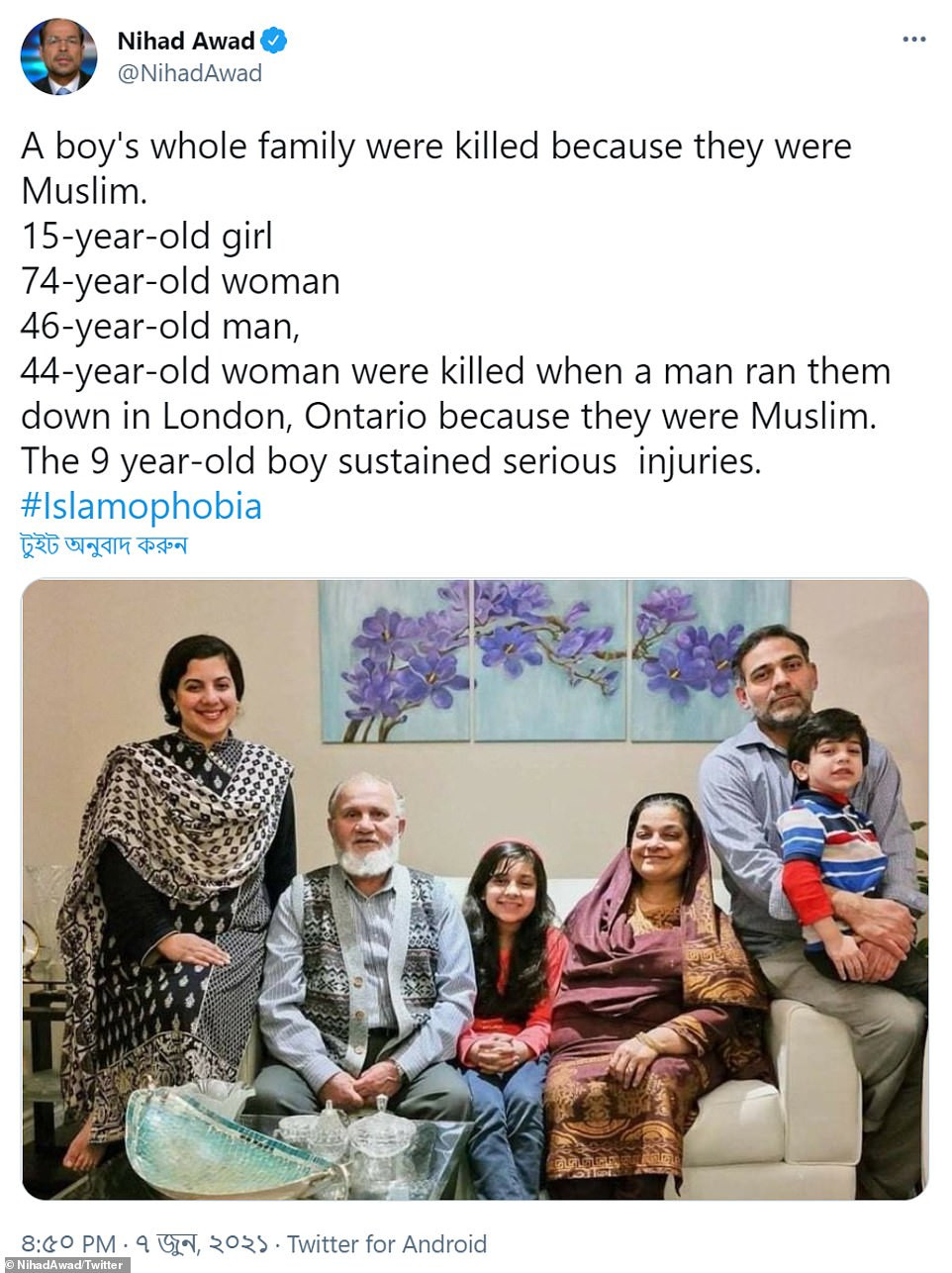 Veltman made his first court appearance on Monday, June 7 over a phone line from London police headquarters.

The charges were read to him: one count of attempted murder of a youth ‘by striking him with a motor vehicle, namely a Dodge Ram pickup truck,’ and four first-degree murder charges.