A man has narrated how his girlfriend of 4 years got engaged to a friend she calls “best.”

The Twitter user said he was so serious about his relationship with the woman that he introduced her to his mother.

However, his mother discovered at work that the woman is engaged to be married.

“”Women are not good people,” the heartbroken man wrote and added that he doesn’t wish his ex and her fiancé a happy married life. 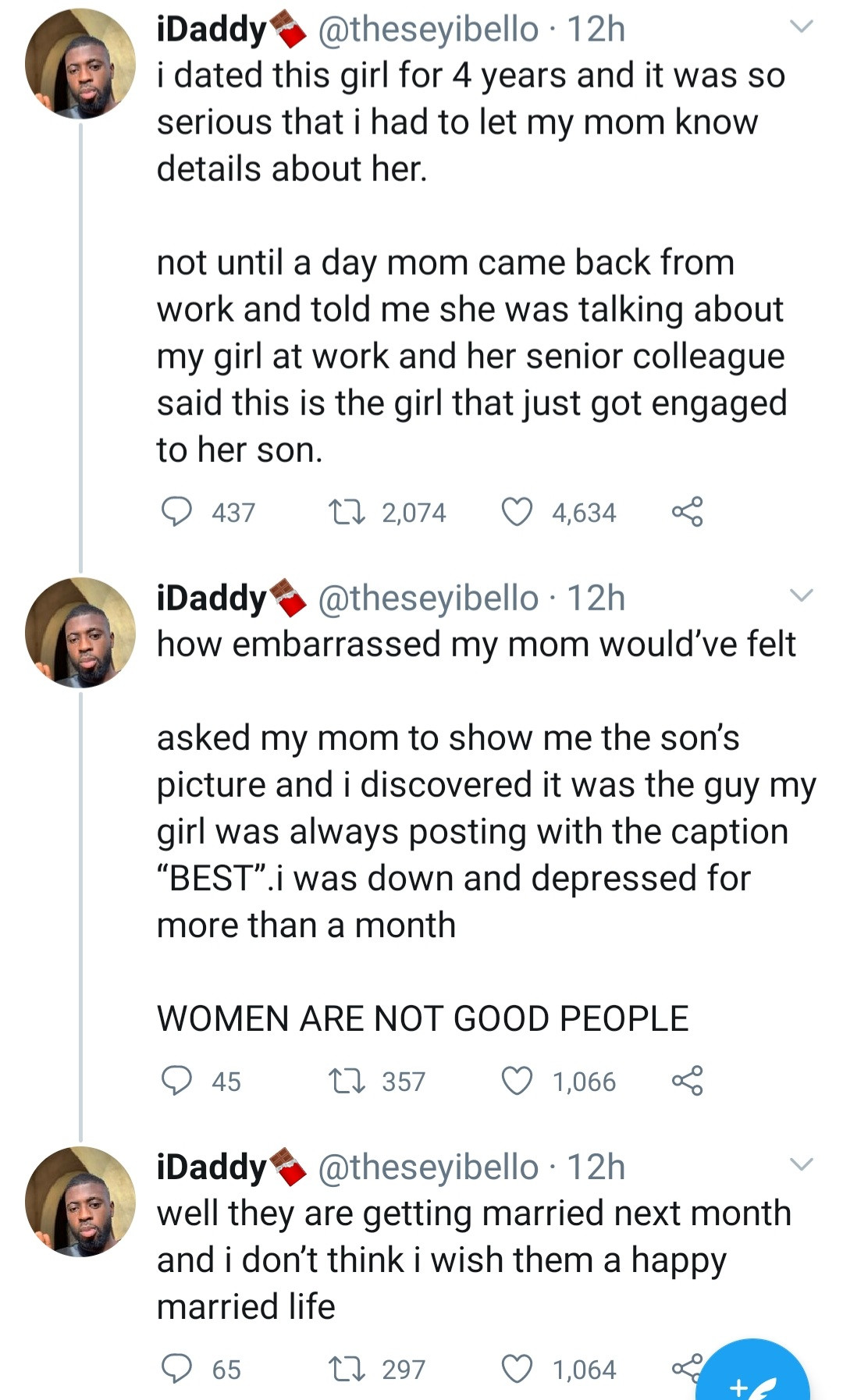