A hilarious video shows the moment a full-grown man cried like a baby while getting an ear piercing.

Ear Piercing has become a fashion for most young people and a man who wanted to join the fashion trend decided to get an ear piercing at the mall from a professional piercer.

In the video, ear piercing gun is seen inserted into the ear and after it was clipped to get the hole in his ear, the young man bursts into tears due to the slight pain that accompanied the process.

He wept like a baby who was very hungry and people gathered around are seen staring at him in amazement.

Others are seen hitting the young man’s head to indicate that he should ‘man up’.

In a similar story, a mother was criticized for piercing her daughter’s ears at just one day old in the hospital.

A new mum in Australia has come under fire for piercing her newborn daughter’s ears after just one day in the hospital.

The mother, who posts under her daughter’s name – Lara – on TikTok, shared an adorable video of her baby girl just hours after her birth, compared to her now at three months old.

Viewers noticed a tiny flower earring visible in the footage from her first 24 hours on earth, and it sparked reactions with many parents saying she should wait until the child is old enough to make the decision for herself.

However, some defended the mother’s decision saying that it’s common in some cultures to pierce a young girls’ ears early in life. 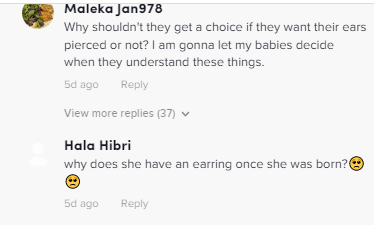 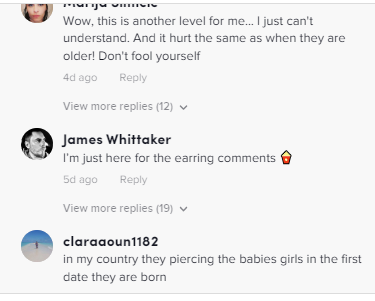 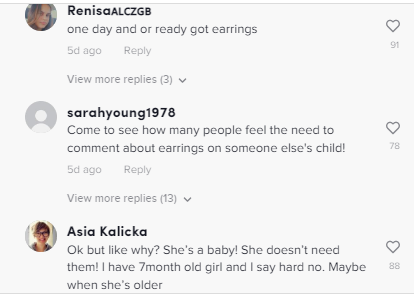 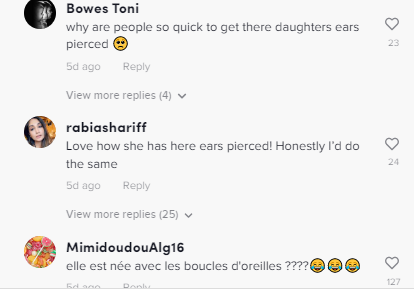 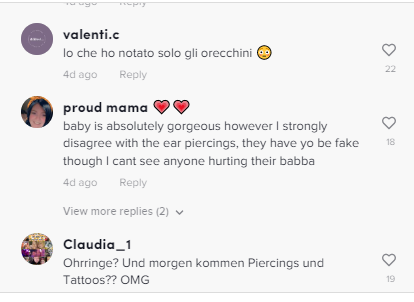 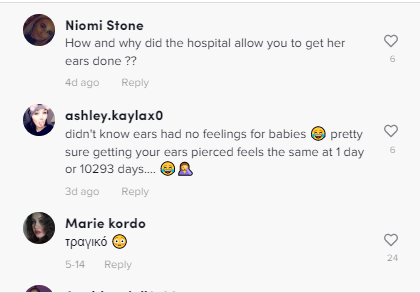 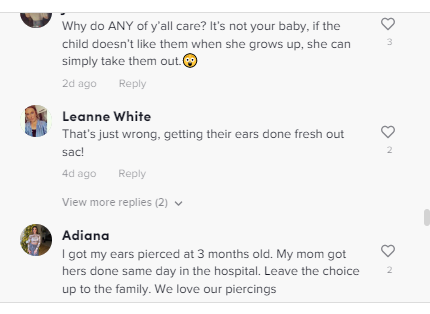 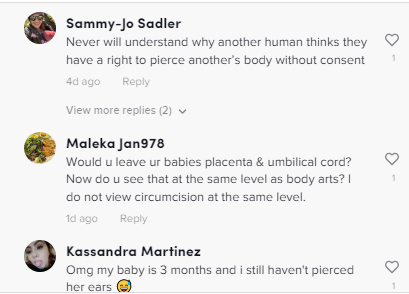 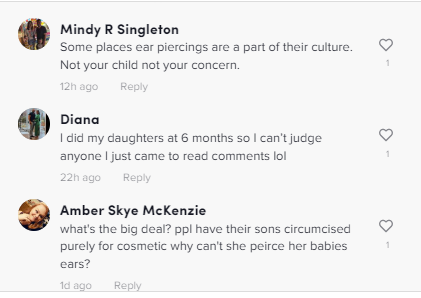