A South African man, Amen Vincent Mogakane, has cried out after his girlfriend of five months dumped him for another man.

Taking to Facebook on Tuesday, October 25, 2022, Mogakane narrated how the man he identified as Nduda Sekatane, ‘invaded his love nest’ and turned his ex-girlfriend against him.

According to Mogakane, the man proposed a ‘polygamous marriage’ to his ex-girlfriend and she agreed.

He claimed that the man must have used charms as the woman he fell in love with would never agree to such a proposal.

“I thought I had finally found a life partner. Had the best 5 months of my life. I don’t have anything bad 2 say about this young lady I enjoyed each and every moment we shared 2geda,” he wrote.

She is far the best partner I ever had 2 date. Without a warning we went from lover birds  2 total strangers!!! From the 7th October she started 2 ignore my calls nor reply to my texts.

I could tell there is someone poisoning her against me only 2 find out that nduda Sekatane has invaded my love nest, apparently they met at nketse car wash on the 6th October he declared his undying love 2 her when she told him that she is dating me.

He air all my dirty laundry 2 her. Fast forward on the 16th October she told me that nduna Sekatane proposed a polygamous marriage (sthembu) 2 her and she agreed. The woman i fell in love with won’t fall for this bullshit obviously muthi is involved…there is a polygamous wedding(sthembu) taking place ka December between nduna Sekatane, my then gf n his current wife. 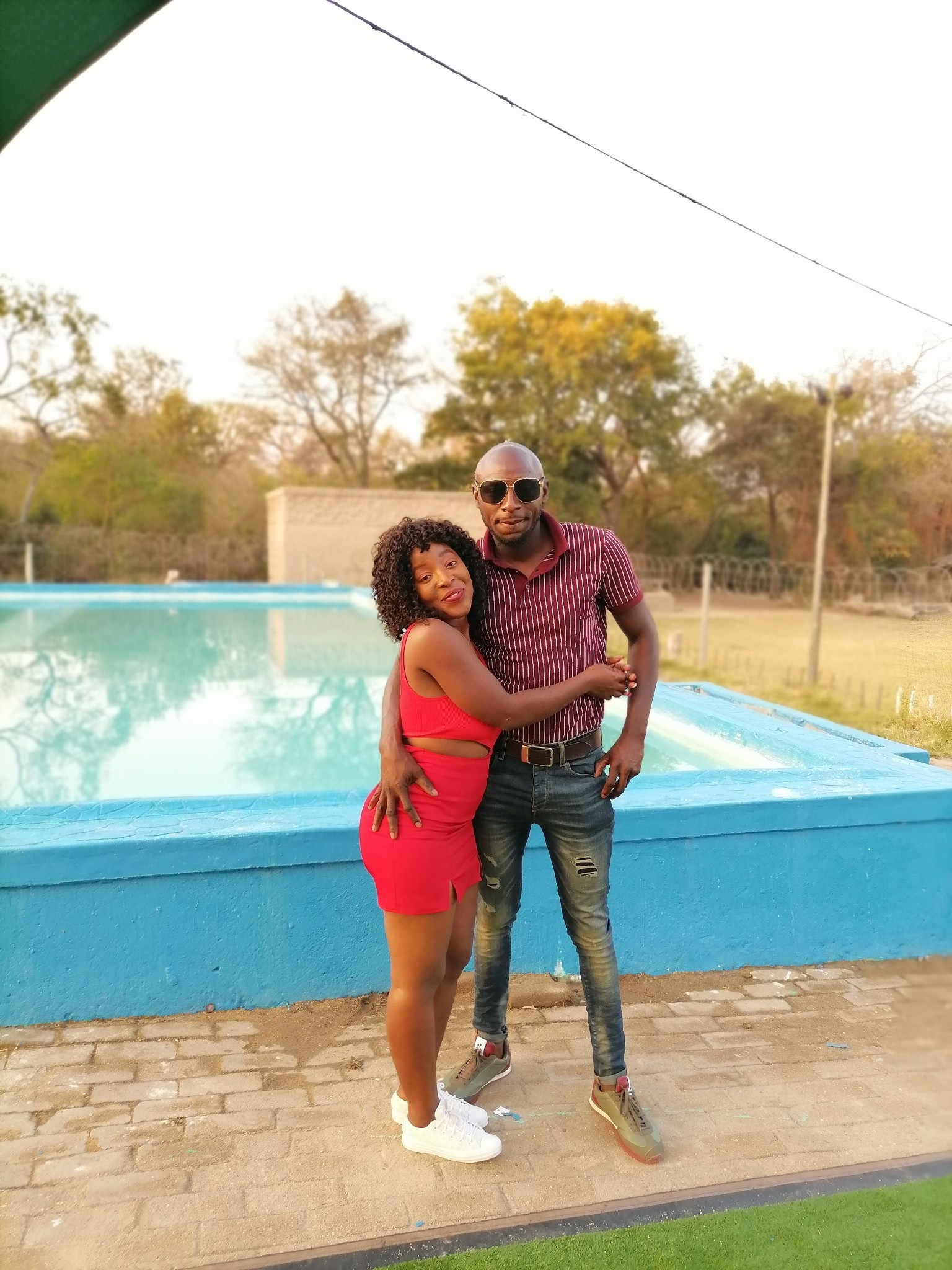 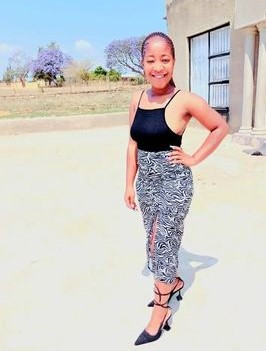 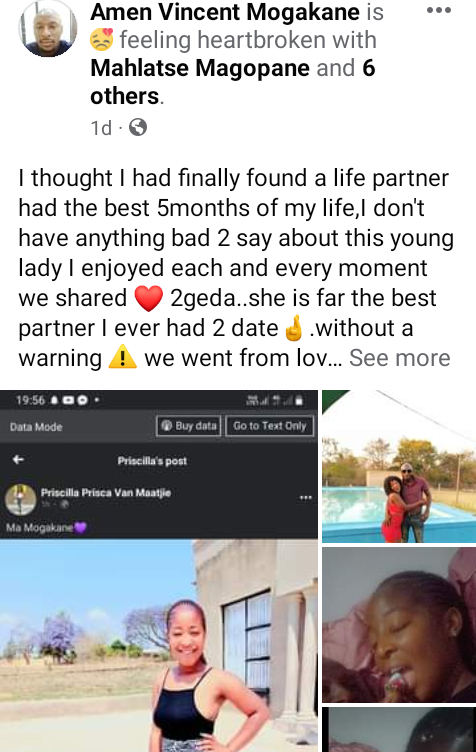 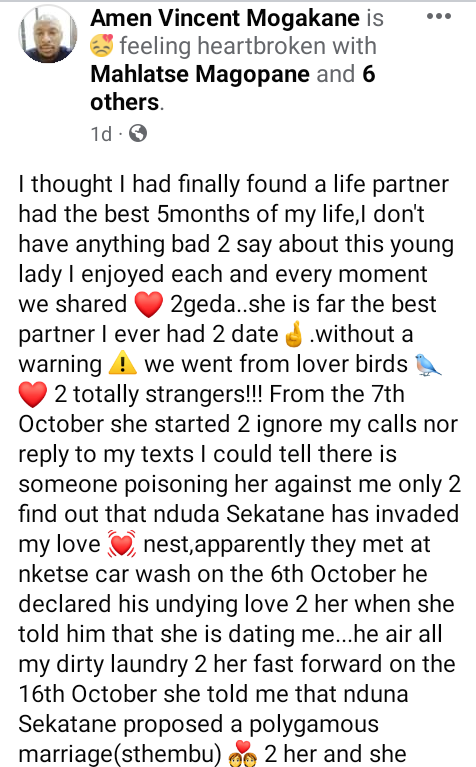 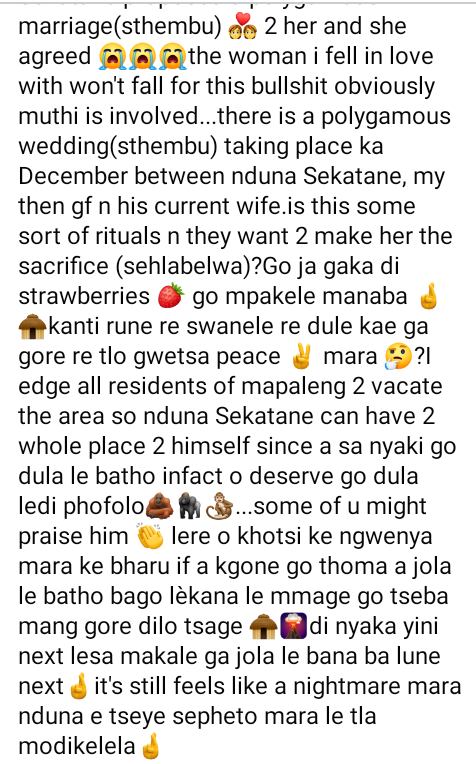