A man escaped death after he cut his trip with friends short to respond to an urgent call from his mother.

The man was going clubbing with four friends when he received a call from his mother, asking him to see her urgently.

The man’s initial plan was to see his mother after going clubbing. However, his friends encouraged him to go to his mother immediately.

The four friends continued on their journey.

Sadly, they suffered an accident and all died.

A photo from the scene shows the damaged car following the accident. 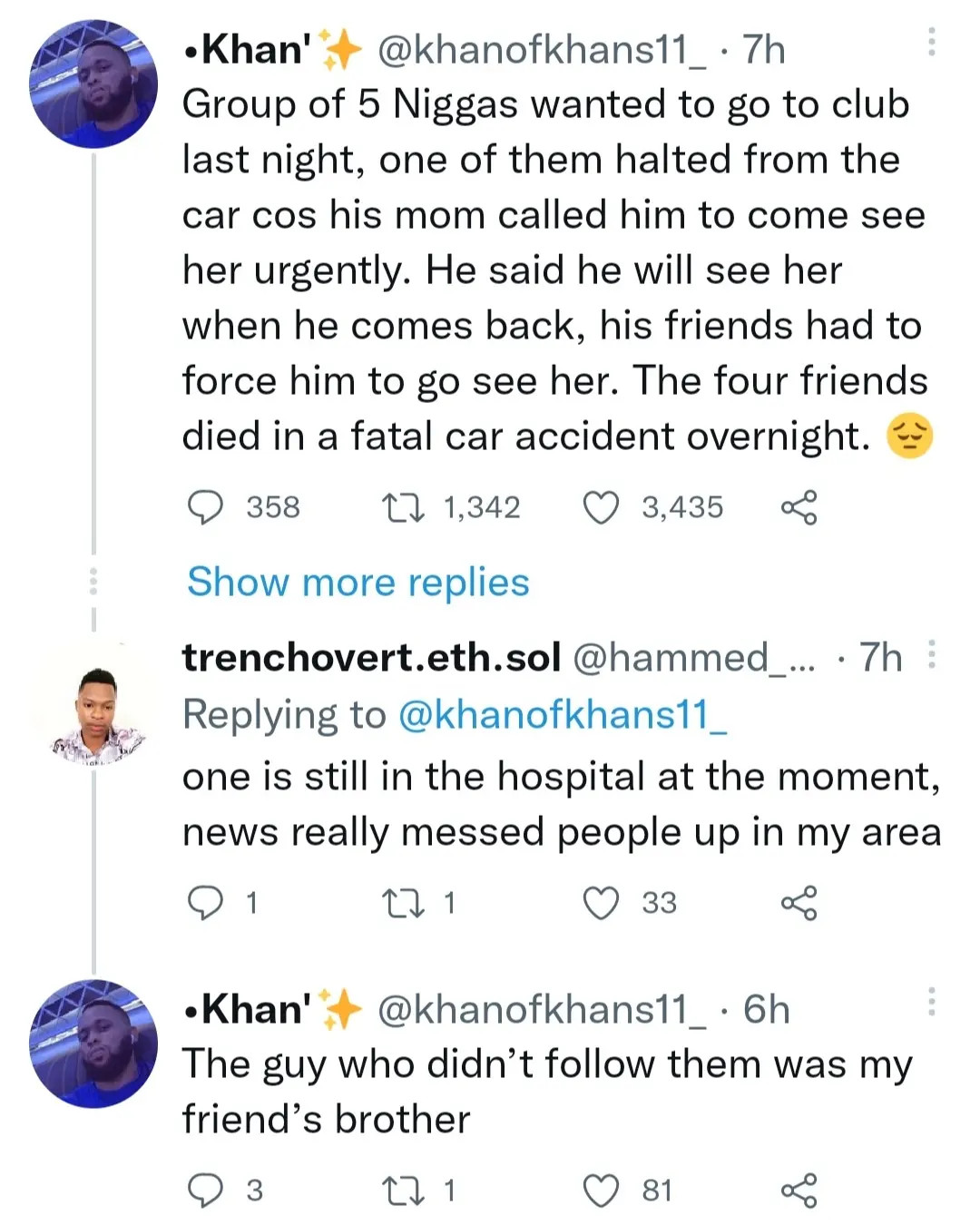 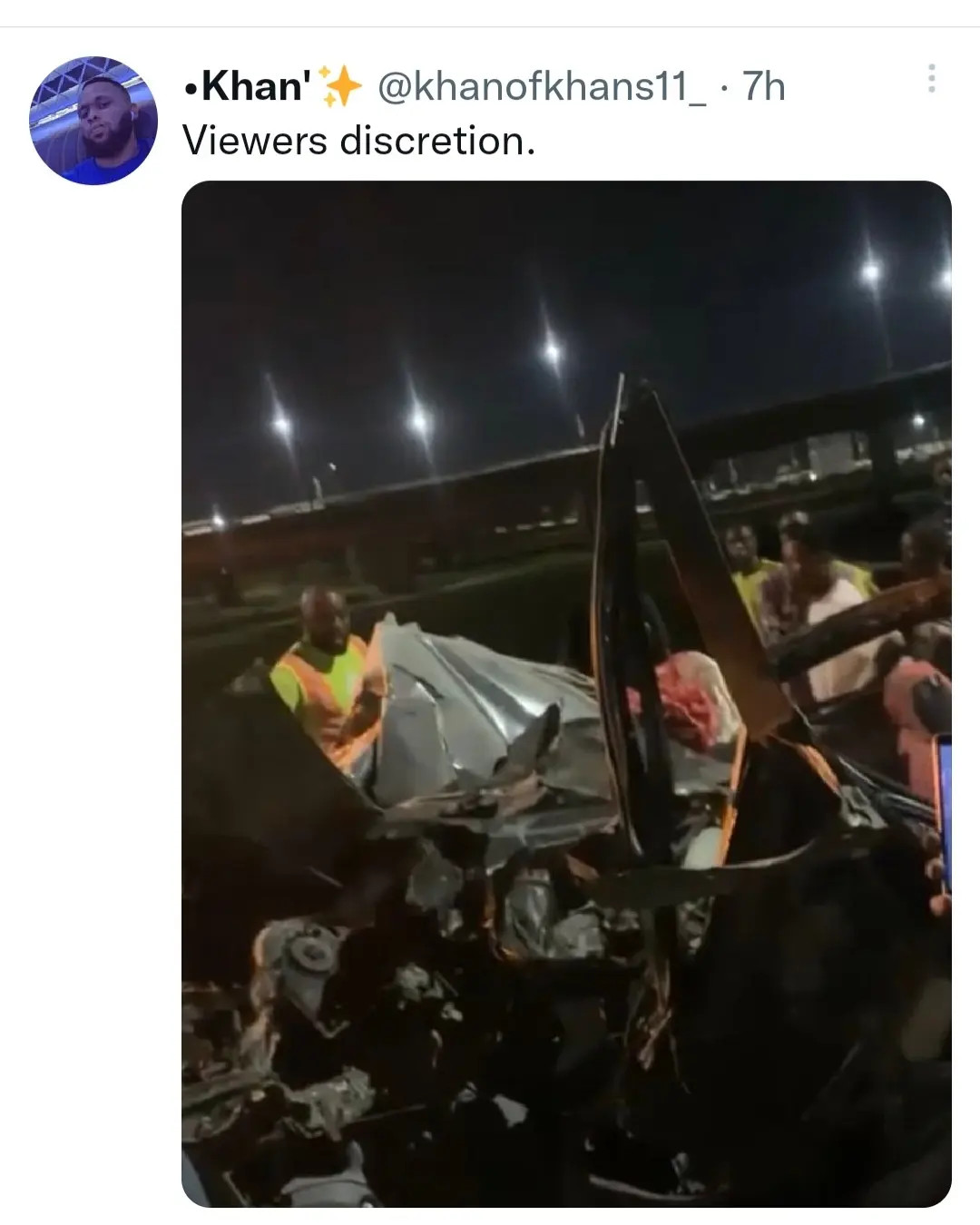