A man who claims to have the “world’s biggest penis” shocked This Morning viewers when he showed hosts Phillip Schofield and Josie Gibson an explicit picture live on the show.

Actor Jonah Falcon, from New York, claims his penis measures 13.5 inches while erect and appeared on the daytime television programme to speak about his large appendage.

Hosts Phillip and Josie attempted to explain the size of his member to viewers by comparing it to different objects.

But the actor baffled viewers after deciding to show the presenters a picture of his real penis.

After attempting to explain the size of his member, Jonah said to the hosts: “This is just for you, so you don’t have to do all that imagining.”

The pair were stunned and a shocked Phillip exclaimed: “Hellfire! Congratulations. Well done!”

Viewers have taken to Twitter to react to the video.

One person tweeted: “Turned on the TV and @Schofe is talking about aubergines and length and girth. Then the guy whips out a picture… then I read the title… ‘I’ve got the worlds biggest penis’. ” 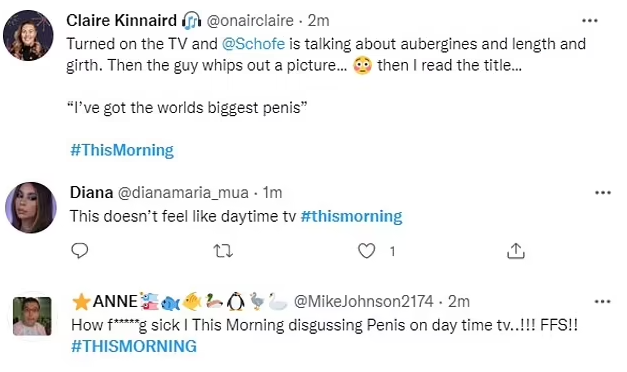 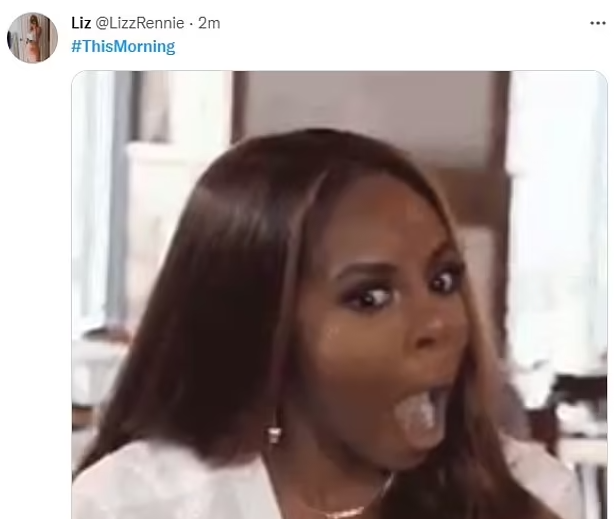 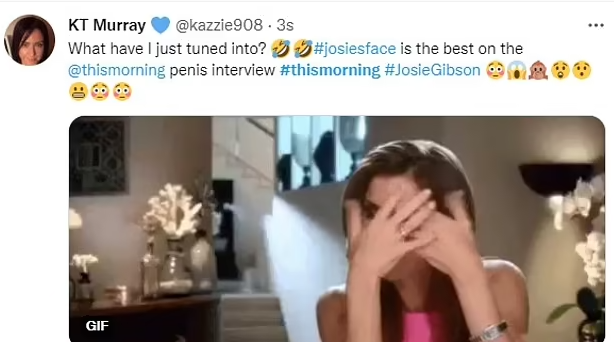