The 27-year-old appeared in the dock at Chester Crown Court, where a judge ruled the new charge against the French international can now be reported. 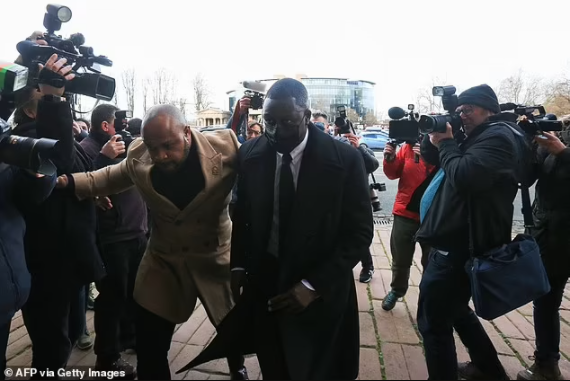 At the pre-trial hearing, Judge Patrick Thompson urged lawyers to ensure there is no delay and the case will be ready as he set a date for a six-week trial on July 25.

‘Say, for example, Mr. Mendy, his career is on hold. Everyone has got to understand Mr Mendy can’t go to work. This matter needs to be tried.’ 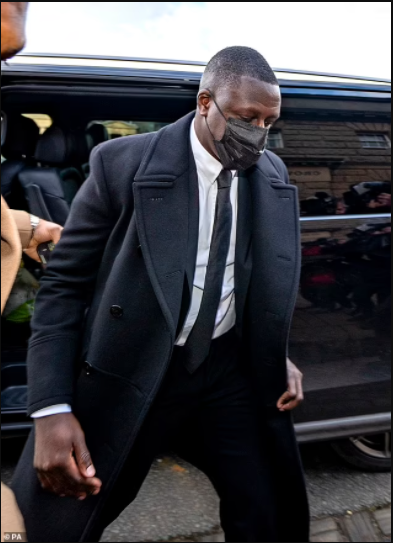 The defendant, wearing a dark grey suit, white shirt, and black tie, spoke only to confirm his identity.

He leaned his head towards a French interpreter who sat between him and his co-defendant, Louis Saha Matturie.

Mendy, of Prestbury, Cheshire, is accused of nine offences relating to six alleged victims.They include seven counts of rape relating to four women, one of sexual assault and the latest charge, one of attempted rape involving a new complainant.

Matturie, 40, of Eccles, Salford, is accused of 10 offences, involving seven women, including seven counts of rape relating to five women and three of sexual assault.

All the charges span from late 2020 to August 2021. None of the woman involved can be identified by law as complainants of sexual offences. 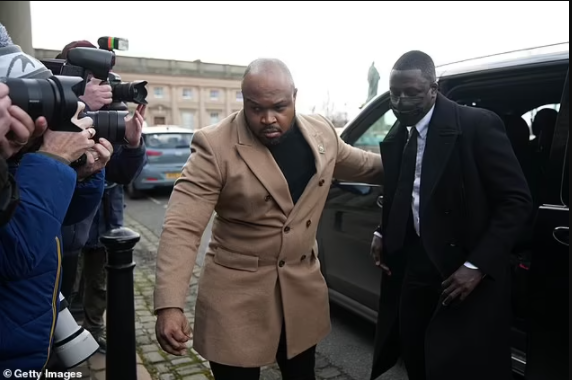 Both defendants were given bail in January after being in custody since both were first arrested on August 26 last year.

At the end of Wednesday’s 90-minute hearing, Judge Thompson told both defendants: ‘You will next be required to attend on Friday the 11th of March.

‘You both have your bail on conditions as before.’ Mendy nodded and replied: ‘OK.’

Mendy has played for Manchester City since 2017, when he joined from Monaco for a reported £52 million. City suspended him in August pending an investigation.

The club said in a statement at the time: ‘The matter is subject to a legal process and the club is therefore unable to make further comment until that process is complete.’