Manchester United are looking to bolster their squad ahead of the new season and, with the arrival of Jadon Sancho set to be announced imminently, they are now eyeing a double swoop for Real Madrid centre-back Raphael Varane and Atletico Madrid right-back Kieran Trippier. 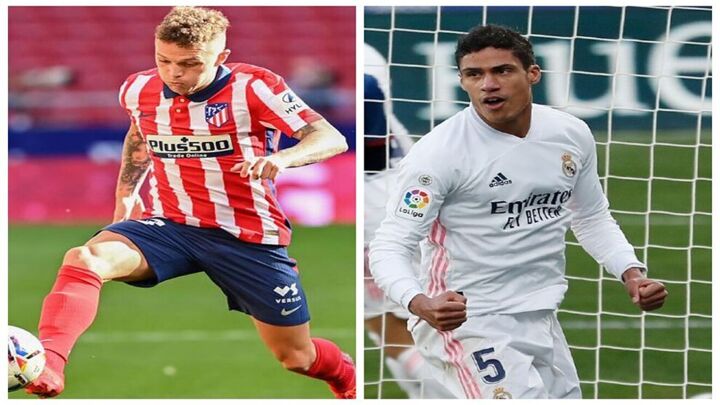 Reports in England suggest the deals are extremely close to being completed and announcements are expected to be made towards the end of next week.

Both deals in latter stages

Varane has been linked with a move to Old Trafford all summer and Manchester United are expected to be pay Real Madrid a fee of around 60 million euros for the French international, despite the fact he has just one year remaining on his current deal.

It is believed that Varane has agreed to a five-year deal with the Premier League giants.

Trippier, meanwhile, won the LaLiga Santander title with Atletico Madrid last season but is now keen on returning to the Manchester area, with his move thought to be worth around 21 million euros.

If both players are to join, the Red Devils will have spent approximately 165 million euros in this summer’s transfer window, with Sancho set to join from Borussia Dortmund for 85 million euros. The English winger has already undergone his medical and the announcement of his signing is expected imminently.

Ole Gunnar Solskjaer is clearly keen for Manchester United to improve on their second-place finish in the Premier League last season, while they will look to do far better in the Champions League after crashing out of the group stage.

Unlike previous summers, Manchester United are acting early to get their business done after seeing deals for the likes of Bruno Fernandes, Donny van de Beek and Alex Telles come through the door in the last days of the window.