NBA star Iman Shumpert was arrested and charged with felony weed possession over the weekend after TSA agents found over six ounces of the substance in his backpack at Dallas-Fort Worth airport, The Shade Room has learned.

On Saturday, the Brooklyn Nets guard and 2016 NBA champ was attempting to make his way through TSA around 2:40 p.m. when screeners discovered a plastic bag filled with a “green leafy substance” in his possession.

Shumpert allegedly admitted it was weed, according to the outlet.

A police report obtained by The Shade Room states that officers responded to the scene, where the bag of weed was weighed out at 6.12 ounces.

The 32-year-old, who was reportedly scheduled for a 3 p.m. flight from Dallas to Los Angeles, told responding officers that he wanted to take the trip to visit his daughter, however he was told he would not be on that flight and was placed under arrest for felony marijuana possession, per TMZ.

The police report, first obtained by TMZ, went on to say that Shumpert was then placed in handcuffs before being taken to the airport jail.

He has been charged with a “State Jail Felony,” with Shumpert facing up to two years in jail along with a $10,000 fine if found guilty.

Authorities also claim Shumpert was in possession of a Glock magazine and 14 9mm rounds in his bag, however he did not have a firearm on him at the time of his arrest. 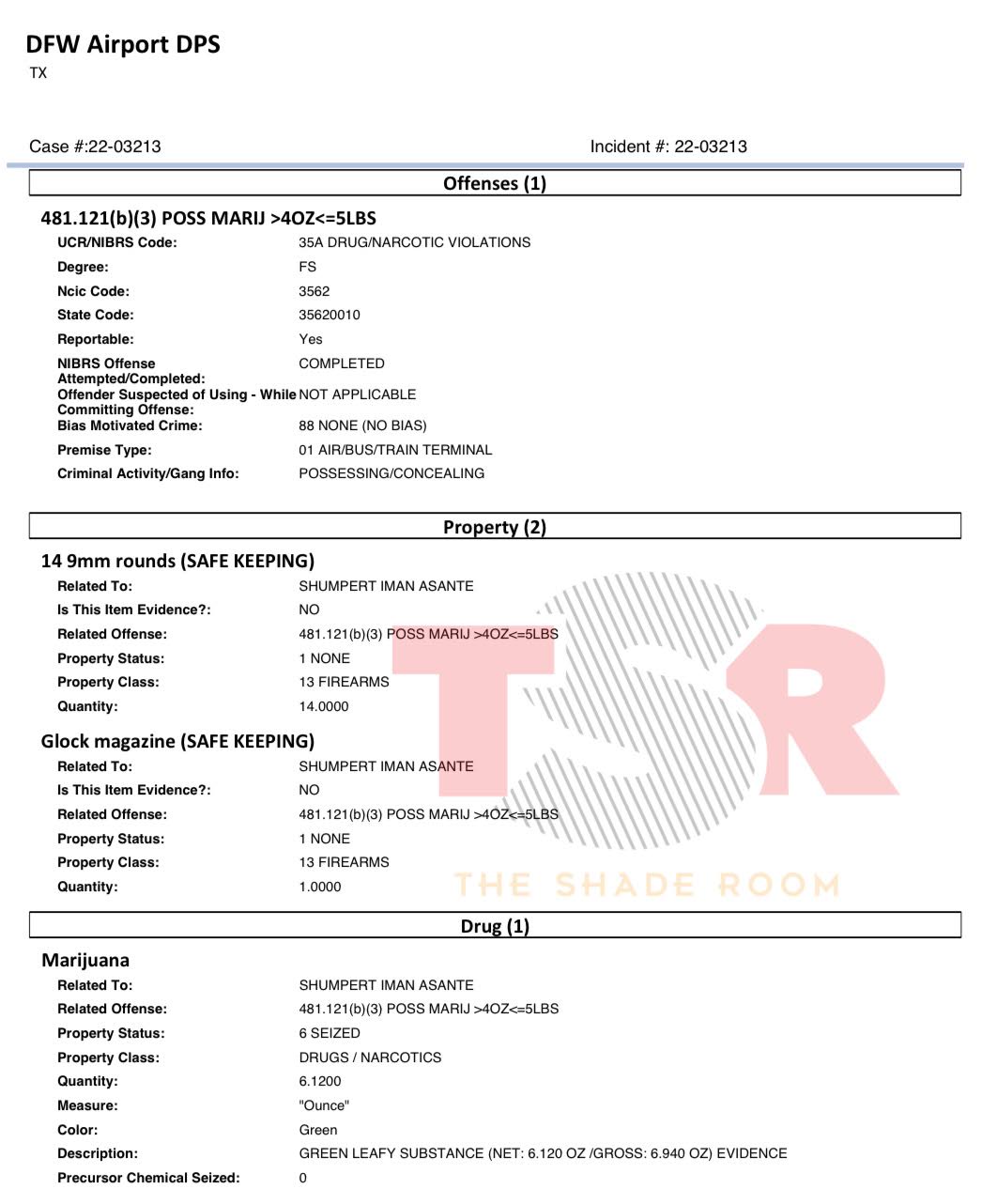 The 6’5 shooting guard and small forward, who’s averaged 7.2 points per game, has previously played for the Knicks, Rockets, Kings and Cavaliers in an NBA career spanning ten years.