Taliban fighters have celebrated Biden’s decision to withdraw US troops from the region by going from door to door to capture girls as sex slaves.

As the US, Nato, and Britain withdraw their troops from Afghanistan after 20 years, resurgent militants have gained territory, seizing vast swathes of territory from government forces.

Taliban fighters are reported to be going from one house to the other in captured cities to make girls as young as 12 their sex slaves.

The Taliban commanders have ordered imams to bring them unwed women aged 12 to 45 for their soldiers to marry because they view them as “qhanimat” — spoils of war.

Families are fleeing from one province to another. Large numbers of refugees have arrived in the capital Kabul, which remains under threat. 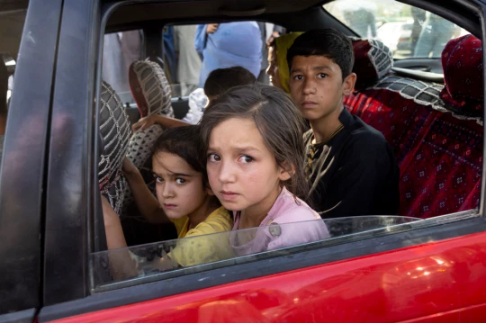 Faiz Mohammed Noori and his family fled Taliban-seized Baghlan for the capital Kabul after their home was burned down. Yet, he still doesn’t feel Kabul will be safe for his family.

He warned: “Kabul is also not safe. If they take over Kabul, they’re taking your daughters, your wife. They don’t care.”

The Taliban army now controls nine of 34 provincial capitals and has besieged others in a major assault that saw government forces largely capitulate. 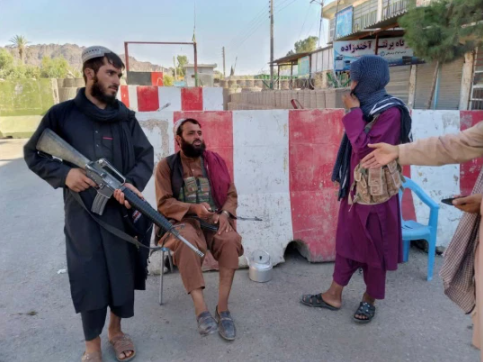 Terrified residents who fled Kunduz as it fell last week told of jihadists beheading anyone linked to the government.

Mazar-i-Sharif, the north’s largest city, is next in the Taliban’s sights. President Ashraf Ghani flew there yesterday to rally troops and confer with local warlords.

And a US defence official warned the Taliban could “isolate” Kabul in 30 days then take it in 90 days. Speaking on condition of anonymity, he said that Afghan forces could reverse the momentum by “putting up more resistance”.

US president Joe Biden on Wednesday, August 11, urged Afghan leaders to “come together” to “fight for their nation.”

But Biden insisted he did not regret his decision to withdraw US forces by August 31.

Former UK defence ministers Johnny Mercer and Tobias Ellwood last week suggested Britain’s troops should return to the front line to bolster resistance, but families of British soldiers killed in the conflict are in support of withdrawal.