Three men of the Howeitat tribe in Saudi Arabia have been ‘sentenced to death for refusing to leave their home town to make way for the new £450billion mega-city Neom.

According to UK-based rights group Alqst, the three men were arrested in 2020 for opposing the eviction of tribesmen from the land and Saudi Arabia’s Specialised Criminal Court handed them death sentences on October 2. 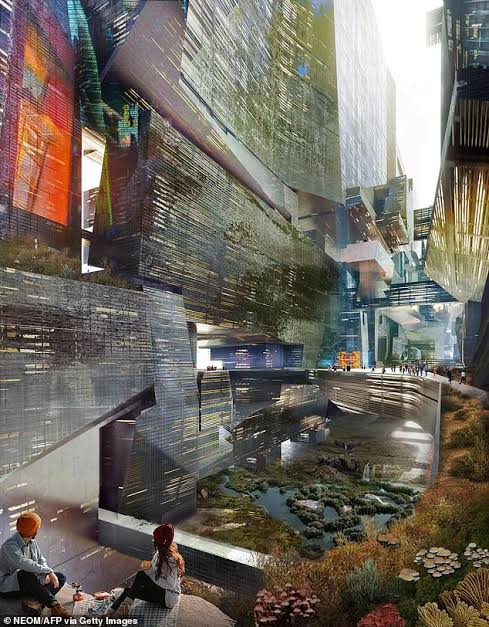 In a tweet the rights group said: ‘The family members were detained in 2020 for opposing eviction to make way for #Neom.

‘We condemn the sentences and call for their release.’

Abdul regularly shared videos of his protests on YouTube.

Salma was sentenced to 34 years in prison while Nourah received a sentence of 45 years.

The proposed industrial district, called Oxagon, is billed as being ‘a comprehensive cognitive city’ that will make use of robots and AI and act as an industrial port hub for the country’s newest region in the northwest – Neom.

Neom, the flagship project of Saudi Crown Prince Mohammed bin Salman, is a planned city-state that would cover 10,000 square miles of Saudi Arabia’s Tabuk province, near its borders with Jordan and Egypt.

Neom is part of an ambitious plan to wean Saudi Arabia off oil dependency and transform the country into a tech hub like Silicon Valley, while also incorporating towns, research centres, education zones, and tourist attractions.

Plans for Neom show it will be 33 times the size of New York City and will have a ‘smart’ city at its centre, also called Neom