An American tourist has been arrested for smashing up two ancient Roman sculptures after being told he couldn’t see Pope Francis at the Vatican.

The man in his 50s went on a rampage when he was visiting the Vatican Museums on Wednesday afternoon, October 5.

After being told he couldn’t meet the pope, the man allegedly hurled himself into one of the ancient sculptures in the museums’ Chiaramonti hall — knocking the sculpture off its pedestal, local newspaper Il Messaggero reported.

Museum security tried to grab him but as he made efforts to flee, he knocked down another sculpture. 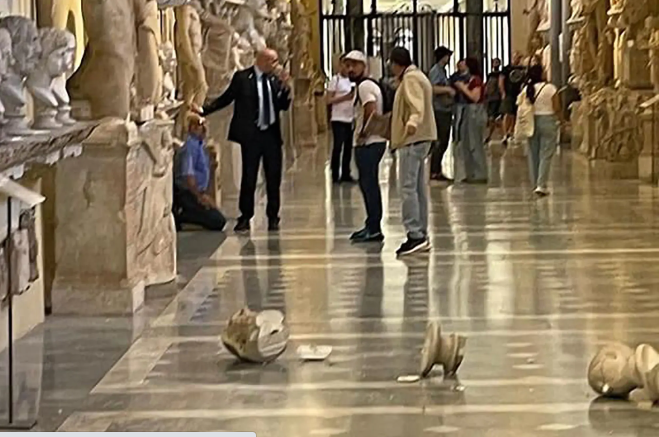 Staff managed to restrain the man until Vatican police arrived minutes later to arrest him.

“The busts were affixed to shelves with a nail but if you pull them down with force, they will come off,” Matteo Alessandrini, a spokesman for the Vatican Museums, told CNN.

“One lost part of a nose and an ear, the head of the other came off the pedestal,” Alessandrini said.

The shattered pieces have already been taken to the restoration lab in the museums for repair.